It Looks Like I’ve Got Some Explaining To Do – A Friendly Reply to Dr. William Kolbrener 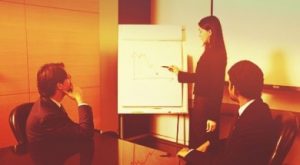 The past day has been for me one of uneasiness and preoccupation. Although it was not at all my intent, I perceived from Dr. William Kolbrener’s tweets and Facebook posts that I had offended him or come across as brash with my article of late yesterday – yet I awaited his “official” response before taking to the keyboard and reaching out with some friendly clarification. I firmly believed that my article was not at all a personal critique and that it constituted a debate of issues l’shem shamayim – such was my aim; however, the article obviously did not come across that way, for which I apologize and seek the opportunity to explicate my intent.

Below are some technical clarifications, after which I hope to take a step back and make a few general observations:

Rav Soloveitchik’s halachic and hashkafic prowess and his stature as one of the most preeminent ba’alei mesorah of the past century, whose legacy so profoundly impacted Jewry on multiple levels, will leave a massive footprint, whose breadth and depth we probably cannot yet grasp or even ponder. His striking brilliance and profound intuition, coupled with his appeal for all Jews to engage in Torah (he explained that Talmud Torah is a very democratic system – all are invited to learn, and pedigree plays no role in Torah greatness), opened up treasure troves of knowledge and insight and offered something to everyone.

As much as I have gained from the halachic teachings of the Rav, as conveyed to me by my rebbeim and others, and as much as I am a voracious consumer of the Rav’s published shiurim and derashos, my personal, intellectual and spiritual growth have been seismically impacted by the Rav’s epistemological and ideological writings and emotional expression. Dr. Kolbrener’s quest to draw forth new and deeper insights from the Rav can only lead to a greater cultivation and development of these crucial and ever-so-needed riches.