Killing Off the Kill-Off – A Response to Rabbi Gordimer 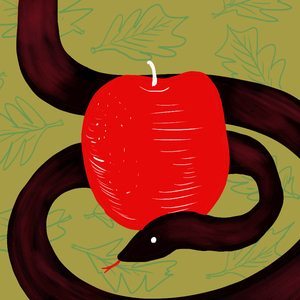 In Paradise Lost, Milton imagined a readership, a ‘fit audience though few’ – for him, an ever-contracting audience sympathetic to his political and theological perspectives. As a Jew, I certainly would not have qualified, despite my love for Milton, as part of the fit audience Milton imagined. For R. Avrohom Gordimer, as a literary critic and Yeshiva University outsider, I am undoubtedly, as a reader of R. Joseph Soloveitchik, ‘unfit.’ Of course, for R. Gordimer, there are few who actually fit under that rubric – only, by his own lights, R. Soloveitchik’s ‘closest disciples’ and most ‘accomplished students.’

Perhaps the ‘essence of the Rav’ may only be captured, as R. Gordimer asserts, through access to the ‘myriad of shiurim’ and drashot which he gave (many of which are published), and by the personal relationships he elicited with chosen students. When the biography of the ‘the Rav’ is written – one which I suspect will cover many volumes – that portrait (or more likely set of portraits) will emerge. But, I am not a biographer: so my Lehrhaus essay, as well as my book The Last Rabbi, focus on the decidedly more ‘than a handful’ of books and articles – published both during R. Soloveitchik’s lifetime, and after by those who are surely among his ‘closest disciples.’ Of greatest interest to me, R. Soloveitchik in these works addresses problems of cognition, interpretation, and narrative by which he articulates the philosophical underpinnings of rabbinic epistemology and hermeneutics, as well as teshuva. To pursue these ends, Soloveitchik was deeply engaged with, among many others, Aristotle, Niels Bohr, and even, as I argue in my book, Freud. As such, I employ the methodologies of those disciplines – philosophy, the history of science, and psychoanalysis –to understand better R. Soloveitchik’s published works in those fields. I believe he would have welcomed engagement with his work honoring the disciplinary languages in which he himself wrote. Further, after even cursory exposure to Soloveitchik’s published books, I would say it is impossible to entertain R. Gordimer’s own contrarian postulate that R. Soloveitchik dismissed the disciplines of Western culture, as somehow a merely utilitarian accessory without intrinsic merit.

R. Gordimer may object to the title of my essay, ‘Killing Off the Rav.’ But my work, employing the interdisciplinary languages of the university, is an act of reverence and love, an attempt to bring R. Soloveitchik’s work into the present, as well as the future – and not only to those among that privileged inner circle, deemed by R. Gordimer to be ‘fit.’ Confining the legacy of R. Soloveitchik to that ever-contracting circle, the batei midrashim, is a much surer way of ‘killing off’ the reputation of the Rav, and consigning his legacy to antiquarians and the already converted.

Like R. Gordimer, I will also end with R. Aharon Lichtenstein (another lover of Milton). He writes that an ‘uncultured approach,’ produced through an ignorance of ‘secular studies,’ may lead to a ‘superficial and simplistic’ perspective. In the letter from which R. Gordimer selectively quotes, R. Lichtenstein concludes by disapproving of a species of that lack of complexity – with ‘the shallowest cut of all’ being ‘the attempt to pigeonhole the Rav within the confines of a current narrow “camp.”’ R. Soloveitchik was committed, as R. Lichtenstein writes, to the ‘cardinal concerns’ of Modern Orthodoxy, ‘the value of general culture and the significance of the state of Israel,’ and deplored both left-wing and right wing revisionism of his reputation. My essay, indeed all of my writings on R. Soloveitchik over the past decades, have attempted to move beyond polemical appropriations, past the extreme versions of the R. Soloveitchik produced by revisionist camps – as T. S. Eliot wrote ‘united in the strife that divides them’ – so as to see R. Soloveitchik in all of his complexity, and yes sometimes, conflicts and even contradictions.