Am I a Lonely Woman of Faith? 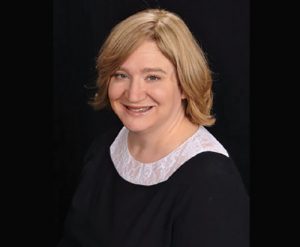 A few weeks ago, I was deeply moved when my daughter, on a Friday afternoon, told me that she could tell Shabbos was coming because she recognized the smell. What she smelled was my simmering chicken soup, co-lingering with roasting meat and vegetables. Maybe there was a batch of brownies in there too, I can’t be sure.

At 6 years old, my daughter may not yet know how to perfectly daven the Shema together with Ve’ahavta, but she knows what Shabbos smells like. She knows it because of me, and this makes me inordinately happy. It reminds me of the story that the Rav, Rabbi Joseph B. Soloveitchik, shared during the hesped of his daughter’s mother-in-law, about how he learned the finer points of Halacha from his father, but the spirit, love, joy and tone of halachic observance from his mother.

My daughter also knows I am a working editor of a Jewish newspaper. She likely does not know that I am the highest-ranking woman on my newspaper’s masthead, where I interact daily with rabbis, students, men, women and sometimes even gedolim of our community in what I hope is a professional and halachically permissible manner. My daughter knows that it is never only inside our home where I serve my God. She knows my work is important. She also knows I love going to shul on Shabbos morning, and that I relish sitting in the shul’s balcony as I joyously and approvingly observe the rituals performed by the men of my community, in much the same way as in other Orthodox shuls, and in much the same way our Jewish communities have been performing them for centuries.

Approximately three months ago I had a unique opportunity to report on a story on the day it broke. The Orthodox Union had issued a statement, after years of study by their poskim, regarding the halachic parameters for women in leadership, replete with the original 17-page rabbinic response. I noted, immediately, that virtually all early reporting on the topic was taking place by secular journalists who know precious little, or want to know precious little, of Orthodox Union communities, primarily by writers who may or may not identify fondly with Orthodox Union shuls. I, however, do.

It is a factual statement that the Orthodox Union had issued the most pro-women, halachically permissive statement ever. In particular, it supported, as the organization had never publicly stated before, the rights of community rabbis to decide whether or not to utilize the considerable talents of women who work as yoatzot, female guides trained in the laws of family purity. The statement also committed to exploring ways for women to use their impeccable credentials in many ways: as community leaders, pastoral counselors, chaplains, social workers and high-level teachers of Halacha. Remarkably, it also made the unusual and welcome move of explaining the halachic reasons underlying its conclusions on why women cannot serve as clergy in Orthodox Union communities.

Coming from a secular perspective, where egalitarianism is taken for granted and the OU position seemed extraordinarily strict, the secular Jewish media attacked the statement, with titles like “OU Adopts New Policy Barring Female Clergy.” But, at best, the secular Jewish press did not understand the statement and its nuances. At worst, they knowingly and contextually misunderstood the statement. They created their own narrative without looking at the context and the trajectory of the living and breathing Orthodox community. This is lazy journalism, where secular journalists are substituting their preconceived notions into complex, negative stories about the backwardness of Orthodoxy. Living in this community, I understood there is more going on and went to work to understand the political dimensions and historical context.

After interviews with Orthodox Union leaders and with several rabbis who served on the panel, as well as several rabbis who served the OU in other capacities during this time, I wrote and published my own article. My article was titled “OU Opens Doors to Female Leaders.” One by one they contacted me and told me that my assessment had been correct, and they, and many of our readers as well, thanked me for getting it right.

The secular Jewish press continues to attack using its own narrative, even today. But oddly, the vast majority of these reporters have yet to interview actual people who are actually living and working in diverse leadership roles in Orthodox Union communities or institutions. They are not looking to interview women living and working in our communities, those serving as yoatzot, chaplains, social workers, school board presidents, statewide Jewish special-education program directors, mikvah association directors, organization founders, university professors, campus educators, doctors, lawyers, CEOs or newspaper editors. It’s like we live in flyover states and we’re not important.

The Orthodox Union has exactly five shuls that employ women as clergy members, but if you listen to the secular press, all five of these shuls appear to have the sum total of all information about women that the Orthodox Union wants and needs. I confirmed that there are more than 400 Orthodox Union member shuls. Now, I am no mathematician, but I was raised by one. My father, of blessed memory, was a statistician of great acclaim in the industry of applied mathematics. In an attempt to channel what he would say about these numbers, I fear something is very, very off.

These reporters have spoken to virtually no one in favor of the Orthodox Union statement and everyone who the statement is perceived as attacking, which, by the way, it isn’t. The Orthodox Union was never going to accept maharats, essentially female rabbis ordained by an outside, non-Orthodox Union-associated institution. Why would anyone have thought otherwise?

But what is most interesting is these reporters’ lack of historical understanding of the halachic precepts regarding rabbinic law and mesorah. Those who insist that the Orthodox Union will or must eventually accept women working in halachically impermissible ways are not operating within the same halachic parameters of the Orthodox Union.

This is fact. It is not astonishing, but it is astounding to me that people are “astonished” that those not aligned with the basic precepts of Orthodox Union religious decisions, both in Halacha and the spirit of Halacha, are actively working to disavow and destroy all that is good and rich and wonderful about Orthodox Union women.

The life of a Jewish woman is complex; while I have a professional life outside the home, I am at the same time a wife, a daughter and a mother. And yet, all these identities are interconnected, and I take my daughter’s understanding of my simmering chicken soup as both a message and a call to arms. I dearly hope that my role in my home imparts the spirit and the love of the Rav’s halachic understanding of the power and equanimity of a Jewish woman of faith.

Elizabeth Kratz is the Editor of the Jewish Link of New Jersey, where this piece appeared today.