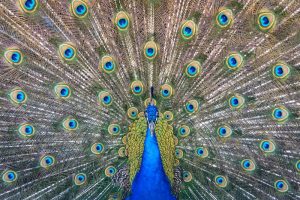 It’s par for the course, in society today, to publicize ourselves uninhibitedly. Check out my blog! Visit my website!  Self-promoting “shout-outs” are the way to go.

But once upon a time, not so long ago, the opposite code of behavior prevailed. Self- interest was camouflaged. Self-promotion was a no-no.

Those who wax nostalgic for the good old days, and who aren’t entirely comfortable with the contemporary ethos of brazenness, are most likely survivors of the ancient 20th century. That’s when drawing attention to oneself immodestly was seen as crass and ungracious, impolite and unseemly.

​In fact, the preceding ​paragraphs, that you’ve just read, contain fossilized evidence of that bygone era’s cultural ​indoctrination. ​​For ​in an earlier, discarded draft of this essay, the opening went like this: ​​

When I was growing up in mid-20th century America, I learned in school to avoid the word “I” in my written compositions. I was given to understand, somewhere along the line, that “the personal” isn’t as reliable as “impersonal” as a source of information.

Please note that I (excuse me) got rid of the I’s, and of “me,” too, thereby affecting a supposedly “objective” air, and perhaps leading you to assume that the author had engaged in historical research into 20th century America’s secular educational policies, and thus knows what she’s talking about.

In fact, however, the “facts” that strike me as factual, are those that corroborate my previously formed opinions, and it’s those I’ll be more inclined to report. Whether I reveal my “I” or conceal it, whatever I know–on this subject or any subject– is based on my personal experience.

Why were me, myself, and I relegated to the back of the bus? The name of the pronoun itself hints subtly at the reason. For while the phrase, “in my personal opinion,” is associated with humble fallibility, the words “first person singular” suggest ego and self-centeredness. I– the first person– am The. Most. Important. Person.

Erasing the first-person pronoun, though, did not succeed in erasing us. We children were all I’s, and remained I’s. While the general drift of America’s educational agenda was to guide its young citizens up the ladder to what’s still known, until today, as success, successful social climbing requires putting oneself first (even at one’s neighbor’s expense.) As good citizens, therefore, we were obliged to mask the big, unattractive egos inside our lovely-looking, genteel, well-spoken selves.

So the explicit and subliminal lessons were replete with all sorts of contradictory messages, not only in relation to the written word but also in relation to social–and by extension, moral—issues. I gathered that I shouldn’t talk too much (about me, myself, and I) not only because people would get bored, but because focusing on myself was seen as inherently wrong. For mankind possesses the universal awareness that egos are for taming, and most human beings know intuitively that it’s wrong to be selfish, to care only about one’s own benefit. The word “self-centered” probably didn’t show up on any spelling tests. But like many of the other devastating put downs that loomed over that era’s cultural landscape, crushing children’s sense of self-worth and destroying their self-esteem (for example, “Who do you think you are?!” or “She thinks the whole world revolves around her!”) golden nuggets such as these are not without their hard, unpopped popcorn kernels of wisdom. Indeed, if you turn some of those putdowns inside out, they drag along in their wake a whole wagonload of wisdom.

Who do we think we are?

As a Jewish child growing up in non-Jewish society, it was my good fortune to have been unable–by virtue of my inborn Jewish nature– to squeeze into the straightjacket of the surrounding society’s behavioral etiquette. And alas, thanks in part to that discomfort…I found myself on a different path

“Good manners” are good, and essential to everyone’s wellbeing. But if courteous interpersonal behavior does not have as its underlying foundation the awareness that we are created in G-d’s Image, then the rules of social etiquette foster a way of life devoid of connection; one conceals one’s thoughts and feelings not only from others, but above all, from oneself.

Concealing the writer’s “I” may succeed in creating an air of objectivity, but between the lines, our selves endure. Prevailing over the yetzer ha ra isn’t achieved by concealing our egocentricity but rather, by scrupulously revealing it, thereby heightening our awareness of being error- prone, self-centered individuals, yet endowed by Hashem with the power to transcend that narrowness. How hard we each have to work, from childhood on through senescence, simply to understand that other people (who serve as props in our dramas, as do we in theirs) are as real as we, and have also been given the starring role.

It is written that had Adam been faithful to his tzelem Elokim, and had obeyed his Creator, and emulated Him, he could have fulfilled G-d’s whole purpose in having created the world. The same is true, literally, of us. Torah teaches that we vastly underestimate our role in the universe, and our impact as individuals upon events supposedly beyond our control. How grossly we underestimate our potential—in our private communications with our Creator– to affect the course of world history. All the supposedly unimportant, minor, apparently foolish personal struggles that take place between a person’s birth and death have significance beyond mortal perception.

Like identical-looking snowflakes in a storm, formed and crafted and produced in the same factory, each of us is absolutely unique as we travel along our solitary, often lonely, paths…until eventually…one way or another…vanishing from one another’s sight…we must part from our worldly companions.

Then, once again, we will each be in the Garden, alone, and will know that for me, b’emet, bishvili nivra haolam.

And at this moment I have to admit that the impulse to say all this comes from a futile attempt to stay here, chasing after the illusory permanence of the typewritten page. I want the starring role, to engrave my name in Olam Ha Ze and give names to everything in this world…like Adam HaRishon…the first person…to say “I.”