Can Only a Black Person Explain the Black Experience 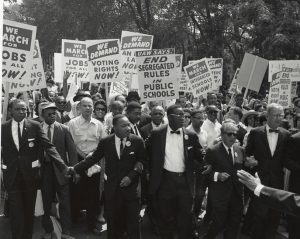 Can only a black person explain the black experience?

Can only a Jew explain the Jewish experience?

Can only an Arab explain Arab culture?

Alexandra Duncan certainly thinks so, at least when it comes to whites and blacks. She withdrew a novel because she is white and some of her novel presents a black perspective. That she, as a white person, originally thought she could write about blacks was a terrible mistake, she said in explaining her decision to shelve her novel, for which she had a large advance.

Did Duncan err in thinking that a white person cannot not accurately present a black perspective?

Clearly, a person who is black has a handle on what it is like to be black in a way that a non-black person does not have. This is intuitive.

Similarly, one who is Jewish has a handle on what it’s like to be Jewish that a non-Jew does not have.

An analogy: the biographer. Who is best suited to delve into the essence of a person? Is it someone who had a personal relationship with the subject, or someone who did not? The answer is not either/or. The personal relationship provides a unique perspective, but also a limited one. An outsider can see things that an insider cannot see. It is precisely because of the limitations of both the insider and the outsider perspectives that a first-rate biographer will seek both.

Robert A. Caro’s unparalleled, multi-volume biography of former President Lyndon B. Johnson seeks out exhaustive interviews with people who were close to Johnson at every stage of his life. That is the insider perspective. Caro also sought out documents, records, interviews, radio and TV appearances, and speeches of Johnson. These supplemented the insider perspective. These provided a fuller picture of Johnson than those who knew him could never provide.

Harriet Beecher Stowe, author of Uncle Tom’s Cabin, provided the most powerful insight into the injustices of black slavery. Arguably, Stowe gave more power to the abolitionist movement than any other person. Not to mention, her book was a bestseller in many languages and went a long way to discrediting slavery in other countries, too. Uncle Tom’s Cabin is one of the most influential books in American history ever written.

Precisely what it was she portrayed in the black experience of slavery is subject to moods of interpretation that shift with the decades. At a minimum, Stowe’s book bolstered the morale of black slaves when it was published in 1851, since Stowe’s depiction of black slavery revealed its horrors more accurately and powerfully than anyone else had ever done.

True enough, black slaves did not necessarily have the ability or opportunity to tell their own story, but that does did not affect the capacity of white people to tell their story.

Had Harriet Stowe refrained from writing about black slavery, sentiment in the North for fighting to end slavery in the Civil War would have been set back dramatically.

An analogy: religious discipleship. Can only the disciple understand and describe the master? I understand this question as one who has written from both an insider and an outsider perspective about masters of the Torah.

As one who is not the disciple of a certain master, I have written as an outsider. Clearly, I did not understand the master as a disciple could. I knew this well because I myself have been a disciple of other masters of the Torah.

Is the outsider perspective valuable? Indeed so, based on the reactions I received from disciples of various masters of Torah to the portraits I drew in Between Berlin and Slobodka: Jewish Transition Figures from Eastern Europe.

Can only Jews explain the Jewish experience? Paul Johnson, a gentile, wrote one of the finest short histories of the Jews. Was his perspective limited by virtue of him not being Jewish? True enough. Did his perspective provide insight that a Jewish writer could not? Also true enough.

Can only an Arab Muslim explain Arab and Islamic culture? The late Edward Said of Columbia University thought so. If you follow his logic, which is really the same logic that would have only blacks describe the black experience, or only Jews describe the Jewish experience, the conclusion is fallacious and divisive. The conclusion is: facts do not count. Evidence does not count.

For if only the insider perspective is legitimate, it can never be challenged, modified or complemented by facts. Reason is expunged. Common language is impossible. Discourse is dead.

This is an especially dangerous approach if one attributes to the outsider perspective an inherent racism or claim of cultural superiority.

It represents an unbridgeable intellectual and cultural chasm.

This is a possible end point of the view that only blacks can write about blacks or Jews about Jews.

That is actually the end point of Edward Said’s approach. He imputes inherent racism to any non-Arab, non-Islamic writer about Arabs and Islam.

This is why he dictates an interloper status to Jews in the Middle East and requires the dismantlement of Israel.

But, in truth, there is no necessarily unbridgeable chasm in discourse between races, religions and cultures. There is, rather, both the insider perspective and the outsider perspective.

Both have their place.