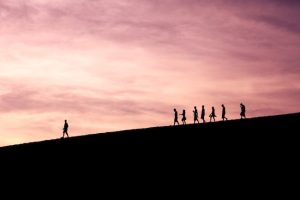 Remarkably, in response to Avimelech’s protest over being punished for taking Sarah, Hashem confirms the king’s insistence that he had acted innocently, believing that Avraham and Sarah, as they had claimed, were brother and sister.

“I, too, knew,” Hashem tells Avimelech in a dream, “that it was in the innocence of your heart that you did this” (Beraishis, 20:6).

So why didn’t Hashem merely prevent Avimelech from touching Sarah?  Why were the king and his family and entourage punished?

Perhaps the answer lies in what Avraham told Avimelech in explanation for having misled him: “Because I said ‘There is no fear of G-d in this place’ ” (ibid, 11).

A leader has the ability, and responsibility, to influence the mores of his society. If the society evidences lack of “fear of G-d,” its leadership is implicated.