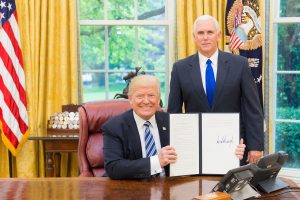 I thank my very dear friend, Rabbi Avi Shafran, for his response to my recent article, in which I reacted to Rabbi Shafran’s open letter.

Before proceeding, I must state that whatever disagreements Rabbi Shafran and I have are not in any way personal; we share a mutual sense of great warmth and respect for each other, and the current matter is purely a machlokes l’shem shamayim, which is how disagreements should always be.

In order for readers to avoid the need to flip between screens, I produce the bulk of Rabbi Shafran’s response as follows:

Firstly, let me please address Rabbi Shafran’s queries of “Does Rabbi Gordimer, no less than we, accept the above as true, both in theory and ‘in application’? And if not, in what way?”

However, the original open letter to which I was responding omitted this most critical point, and in fact seemed to many readers (from all parts of the spectrum) to contradict it. This point was the main thrust of my response to the open letter, and had the point actually been made in the open letter, rather than something perhaps different being implied, I would not have written as I did. The open letter asserted the import of candidates’ moral character and ethical example and the necessity of not appearing to embrace the caustic and noxious values of unsavory politicians. Nothing at all was stated about the affirmative need to at times vote for and even work amicably with such individuals for pragmatic purposes, albeit while holding our noses, so to say. Hence my response.

Rabbi Shafran further writes the following and notes that he and I agree to it:

I concur that elected officials’ parties, political philosophies and personal behavior should not be a bar to working with these officials for purposes that can affect our communities, but I hesitate to state that we cannot also at times be partisan for the sake of our community and important goals. I wrote:

We must also bear in mind that there are millions of Jews supporting each political party, candidate and cause, and until Moshiach, it will foreseeably remain this way. No one politician, movement or party is going to observe Orthodox Jews supporting the opposition and decide that “the Jews have now withdrawn their support from us”. The ramifications of Orthodox Jews appearing to be partisan are pretty negligible in the present landscape and the broader scheme of things.

Lastly, despite claims otherwise, which I accept as sincere, the open letter was clearly interpreted by virtually all readers as an attack on our current president and a plea for fellow Orthodox Jews to reconsider or at least tone down their endorsement of him. The open letter, for example, contained the following, which are typical, repeated criticisms of the president by his detractors and are unmistakably construed as referring specifically to him, in quite a negative light:

Many politicians and media figures revel in dividing rather than uniting the citizens of our country. Others legitimize conspiracy theories… Shameless dissembling and personal indecency acted out in public before the entire country… Serious moral issues — truth, loyalty, contrition, vengeance, tolerance — are at the heart of much of today’s political discourse… deeply flawed people who are now the de facto arbiters of what is morally acceptable… But we must reject the efforts of those who, for self-serving electoral gain, seek to turn Jews against any party or faction…

Let’s see: Joe Biden has not been publicly accused of engaging in the above conduct, nor have any other major current candidates or paramount political figures. On the other hand, the president’s detractors and the media have incessantly driven home the above points as mantras and truisms regarding him. While some of us might identify many of the above very negative traits as common to “The Squad” and other divisive radicals, I don’t think that Rabbi Shafran and the open letter’s other signatories were exactly trying to alert fellow Orthodox Jews to the dangers of enthusiastically or unqualifiedly supporting these extreme outliers. It was clear to readers that the open letter was targeting the current president and how Orthodox Jews should view him. Maybe Rabbi Shafran did not intend such, but that was the obvious meaning to the public.

For this reason, I felt a strong need to push back with a dose of hakaras ha-tov – gratitude – and a summary portrayal of what the president has done for our community, both in a parochial and broad manner. Again, I most readily concede to the president’s many serious flaws and deficiencies, but the other side of the coin, which no objective person can deny, was totally absent from the open letter.

This is my answer to the queries of my very dear friend, Rabbi Shafran.