The Mandate We Both Ultimately Embrace 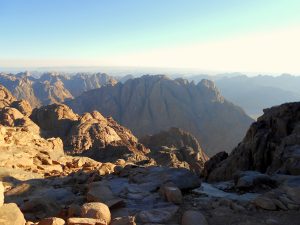 In his latest installment of our discussion of political partisanship (we should take this show on the road!), Rabbi Menken asserts several things worthy of responses.

For starters, he expresses doubt over why President Trump’s “suggestion that the 1964 Civil Rights Act be extended to [include homosexuals] is relevant.”  The answer is simple: It would mean (among much else) that a yeshiva seeking a teacher or a couple seeking child care would be in violation of the Act by declining to hire a proudly open gay man.  That, I don’t think, is anything an observant Jew, or a political conservative would want.

Republican rhetoric about Israel’s administration of the territories may set some Jewish hearts aflutter, but the fact is that Israel has not annexed Yehudah and Shomron (for good reason; were it to make the areas part of Israel, all their residents would be entitled to vote and access social services), and so the Jewish state is indeed (however the word may make us shudder) only “occupying” those areas.  Both the Democratic and Republican mainstreams favor (as do a majority of Israelis and, at least in his statements, Prime Minister Netanyahu) the resolution of that situation by creating an (or, more accurately, another) Arab state alongside Israel, with assurances of providing for Israel’s security needs. That eventuality might turn out to be an unfortunate thing, but it remains the goal professed by all of the above.

Rabbi Menken is correct, of course, that the fact itself that President Trump’s comments (and comments and comments) about Charlottesville were widely criticized does not necessarily make the criticism fair.  What does, though, are the facts of those statements themselves.  Again, see https://www.washingtonpost.com/news/the-fix/wp/2017/08/23/trumps-angry-dishonest-defense-of-his-charlottesville-comments-broken-down/?utm_term=.7341762dc222 .

Try as I may, I cannot understand Rabbi Menken’s stance on the Charlottesville clashes.  The facts are easily researched, stark and clear:  A large group of neo-Nazis held a march (complete with anti-Semitic chants), an association of established civil rights groups called for a protest presence, which happened.  And a gang of uninvited radical anti-fascists arrived and scuffled with some of the Nazis. The president, at first and in the end (with a prepared, teleprompter-read message in-between) praised the “good people” on “both sides.”  One side of which was the Nazi.

I thank Rabbi Menken for “clarify[ing his] sarcastic remark” about welfare programs.  I agree that welfare is a two-edged sword.  It does not lend itself to a simplistic for-or-agin’ stance.  Which really has been my main point throughout.  Few if any things in political and social discourse are simple.

As to his comments about immigration and terrorism, the facts of the matter can be read at: https://www.theatlantic.com/international/archive/2017/01/trump-immigration-ban-terrorism/514361/ and https://www.cato.org/blog/little-national-security-benefit-trumps-executive-order-immigration .

Rabbi Menken and I are, in the end, in full agreement that Torah Jews are perceived, and rightly so, as holding conservative positions on a number of moral issues.  My only concern is that we not automatically conflate our conservatism with all that might fall under that rubric in contemporary American political life, that we not embrace any party or personality willy nilly, and that we always remember that it is not a party or movement that commands our fealty, but a Divine mandate.

I have no doubt that Rabbi Menken would sign off on that as well.

Gmar chasima tova – or, if, as is more likely, you’re reading this after Yom Kippur, piska tava!