The Future is Now: Hakirah Volume 23 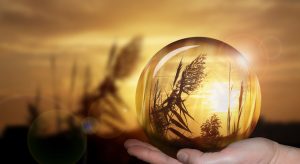 Many of us greet the release of any new issue of Hakirah with something between expectation and excitement. The new issue, making its way into homes as quickly or as slowly as USPS Book Rate dictates, offers something more: a glimpse into the future of Torah Judaism, both here and in Israel.

Hakirah is not a “popular” journal; that designation requires – quite seriously – that the writing not exceed 6th grade level, and Hakirah demands more of its readers. That does not mean that it is uniformly high-brow either. A typical issue will include contributions by recognized scholars – people like Bezalel Naor, Yaakov Elman, and Lawrence Kaplan – average Yossis who have something interesting to say, and lots of folks in between. Writers range from the Orthodox left to known haredi personalities. The diversity is refreshing. A reader can expect several articles in a given issue that will capture his/her attention, and one or two that might infuriate him.

On a back-cover table of contents, essays are grouped according to broader topics: Jewish Thought, History of Halacha, Torah and Science, Talmud Torah, among others. In the Summer 2015 issue, a new category appeared, which subsumed a single, solitary essay, written by Hakirah’s CEO, and entitled “Who Will Support the State of Israel?” Heshy Zelcer coined a new phrase – Practical Haredim – to describe what he felt were the predominant group in Flatbush. They gave their kids a haredi education through high school and seminary, but then favored secular education in approved programs like Touro for purely practical purposes. They were supportive of Israel without overtly identifying with it. They were community-minded, supporting a host of important organizations.

They did not, however, throw their money and energy in the direction of the State of Israel. Given the mass defections from Israel’s camp among the non-Orthodox, this was something that the largest Jewish community in the world could no longer afford, he argued. The Orthodox are needed to replace Jews whose firm support of the Jewish State has become eroded or unhinged.

Zelcer decided to push the envelope in the heart of haredi Flatbush. In the spring of 2014, he helped organize a Yom Haatzmaut event in a local shtiebel, headed up by a rebbe. Some 300 people came to express hakoras hatov / gratitude to Hashem for the gift of a Jewish State. (While Zelcer doesn’t say it, his unwritten premise seems to be that a new age has dawned, in which the old pro- or anti-Zionist arguments can be safely shunted to the sidelines while all committed Jews can and must take part in the effort to support the embattled little Jewish enterprise that non-Jews see as identifiable with Jews and Judaism, and that is home to the largest collection of Jews on the globe.) Since then, Zelcer has taken additional steps to recruit haredi participation in community efforts that they have previously ignored.

One of the speakers at that gathering was another editor of Hakira, Dr. Shlomo Sprecher, who was tragically taken from us a short while ago. Dr. Sprecher was familiar for writing what many of us believed to be the most comprehensive treatment of the metzitzah be-feh issue that rocked both the NY frum community as well as mayoral politics there. Dr. Sprecher wrote as both a Torah Vodaas grad and a practicing physician, and did a wonderful job handling both the Torah and the medical issues. (He emerged as strongly disfavoring practice of the custom in view of the evidence of potential harm to the child.) The new issue of Hakirah includes an entire section of articles written in tribute to Dr. Sprecher, as well as a verbatim transcript of the remarks he offered at the 2014 Yom Haatzmaut gathering, in which he read off the little-known and surprising comments of major haredi talmidei chachomim that supported the State of Israel.

The editors seem to have greater plans than introducing Flatbush to Yom Haatzmaut celebrations and AIPAC attendance. The current issue brought back the Community section – in fact, as the two lead-off essays. Both of these take a hard look at the assumptions of and forecast for Orthodox communities (especially haredi ones) in Israel and in the US.

My Tikvah colleague, Rabbi Yehoshua Pfeffer, penned the first of the two, “Toward a Conservative Chareidi-ism.” R. Pfeffer studied at Oxford and then many years in Israel. His father-in-law is R Reuvein Leuchter, probably the most important interpreter of R. Wolbe zt”l. He has worked extensively with “blue shirts,” which is what the “purer” haredim call those who have left the beis medrash for academic training and/or the workforce without giving up their haredi identification. R. Pfeffer observes that those who begin to read secular literature are far more likely to carry around left-leaning tomes by people like Camus and Foucault than right-leaning works by Burke and Strauss. Why should this be, asks R. Pfeffer? Aren’t haredim not only conservative, but ultra-conservative? Shouldn’t they easily gravitate towards conservative writes, and feel repelled by the left and post-modernism?

The reason they don’t is that the current haredi system is anything but conservative. Conservatives believe that any change must be informed by the assumptions, values and structures of the past, rather than announcing clear breaks from it. While R. Pfeffer doesn’t say this in as many words (and I will play R. Akiva [Shabbos 96B] opposite his R. Yehudah ben Beseira), the current Israeli system is not conservative at all, but entirely revolutionary. Its insistence on full-time learning for all, on women becoming the primary bread-winners, on voluntary poverty – all of these are foreign to Torah tradition, and represent the construction of a new “system” that breaks from the past. It began as an emergency response to the birth of a fledgling Jewish State; its assumptions about the universality of full-time Torah learning were manufactured artificially, rather than carefully culled from the past. R. Pfeffer writes all of this as a committed insider, grateful for the blessings that the haredi enterprise brought to Israel, not as an external critic eager to demolish or mock it.

His tour de force continues with an examination of what will happen as more haredim inevitably put the “system” behind them, and more fully enter Israeli society. As they succeed in doing so without giving up their haredi identification and dedication to learning and halacha, they will become – for the first time – conservative haredim.

R. Pfeffer’s remarkable article gives us a glimpse of the haredi Israel that is to be. The second article in the section (“Emerging From Isolation: A View Towards the Future of American Orthodoxy”) does not match the erudition of the first, but might have a few ideas worth considering, despite the fact that I wrote it. I try to show the conditions and background to the post-War growth of Orthodoxy in the US, and then demonstrate how much those conditions have changed, and will continue to change. There are several reasons to assume that Jews are in the process of losing power and political clout. As other groups (including one that will be hostile to Jews) continue to grow, the waning power of Jews – especially Orthodox Jews – will begin to bear bitter fruit. We will find ourselves receiving fewer of the perqs and favors that we’ve been accustomed to.

These favors denied will pale in comparison to the discomfort we will feel as the current campaign against religion picks up steam. People backing the agenda of a particular interest group are threatened by the Bible. They feel – correctly – that as long as the Bible commands the respect of millions of Americans, they will not be able to extinguish the notion that there are some absolutes that cannot be changed by human caprice.

The only way forward is to build alliances with other groups, particularly but not restricted to conservative Christians. There are obstacles to this, all rooted in attitudes developed over centuries that we now must reexamine in the light of new conditions. Pockets of racism that still exist must be eliminated, not only because racism is intrinsically wrong, but because it now endangers the rest of the Orthodox community. The notion that Orthodox Jews can think about their neighbors as they wish, as long as they fly under the radar no longer works. The radar has gotten much better; Americans, known for their tolerance, will not tolerate those who reward that tolerance with contempt.

Orthodox Jews had previously left major parts of community organization to the non-Orthodox, while they rebuilt the institutions destroyed by the Shoah. I argue that the clock has run out, and Orthodox Jews must now take up the slack left by the decline of the heterodox communities. As they emerge from isolation, they will encounter – for the first time in millennia – non-Jews who will look to them for guidance about pressing social and moral issues. Finally, I argue that learning to articulate a Torah position that can be conveyed to others might give our community a needed boost. Much of what plagues us internally stems from a lack of a passionate sense of mission and purpose. I make the case that our emerging from isolation might rekindle that sense; by becoming the ohr la-goyim in a more active sense than we were ever able to do for many centuries, the first beneficiaries may be ourselves.

I am not privy to the plans that Hakirah has for the future. My guess, however, is that this issue marks a turning point – one in which it is now determined to become an advocate for social change, not just a place of intellectual refuge. I hope that this maiden voyage will help in steering the ship of Jewish state to pleasant ports, where the Torah’s דרכיה דרכי נועם will allow us to replace scandals and chilul Hashem with massive kiddush Hashem.