The Nishma Research Profile of American Modern Orthodox Jews – Surprise, But No Surprise 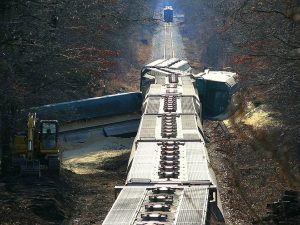 The just-released Nishma Research Profile of American Modern Orthodox Jews has generated much discussion, including detractors who are discounting the project’s results due to the fact that many of those involved in conducting and guiding the survey are decidedly pluralistic/very liberal – as well as others who are pointing to some quite left-leaning outcomes of the survey, in an effort on their part to drive home the (unfounded) point that the Orthodox establishment should take note and comply with these outcomes in a formal capacity.

There is no need to rehash the data, as it is all public and has been given broad coverage in Jewish media. Nonetheless, some of the data should be given particular attention. For example:

These statistics are startling, but not totally surprising, as they confirm what many of us observe anecdotally. The bottom line is that Modern Orthodoxy – especially its left-end components – is in deep trouble. (Although I do not believe that Open Orthodoxy is part of Orthodoxy, I am working within the assumptions of the survey.)

Some have called for the survey to be taken with a grain of salt, due to the pluralistic orientation of many of those who authored and oversaw it. I humbly disagree, as the data was collected in large measure through access channels provided by RCA pulpit rabbis. But more importantly, the survey’s results constitute a blistering indictment of Open Orthodoxy and Liberal Modern Orthodoxy, whose commitment to core Orthodox beliefs and observance, as well as their success at passing Orthodox Judaism on to the next generation, receive notably low marks, as it were; why would the survey’s authors and advisers, several of whom are leaders in these same groups, portray their own groups in this light, if not for the objective findings of their survey?

JOFA (Jewish Orthodox Feminist Alliance) points to the fact that 53% of survey respondents agree fully or agree somewhat to the (vague) question of “Should women have expanded roles in the clergy?” This question does not define what those roles are or what qualifies as “clergy”. However, JOFA omits the fact that only 14% of respondents support women holding titles of rabbinic authority.

The Nishma Reserach Profile of American Modern Orthodox Jews should serve as a thundering wake-up call. We are in a period of intense introspection; let us all revisit our core commitments and priorities and take corrective action. (I must again cite this excellent article on our topic as regards Modern Orthodox youth and education.)

G’mar chasima tova and wishes for a good and sweet new year.