Why American Jews Will No Longer Be Overwhelmingly Liberal 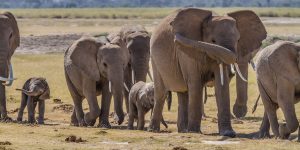 (The following article originally appeared in American Thinker. I wrote the article using great generalization, purposefully overlooking many subtle and at times important distinctions, due to the overly general presentation of the damaging article (relative to the specific readership) to which I was responding, as well as due to the readership probably not being familiar with the nuances I otherwise would have included.)

Steve Feinstein’s recent article, Why American Jews Are Overwhelmingly Liberal, omitted a crucial part of the story: its conclusion. While I do not take issue with the article’s facts – although I think that it was too broad of a sweep, not taking into account the substantial number of Jewish conservatives – the truth is that a wave of conservatism, based on religious values, has been deeply cultivated and is robustly emerging on a major scale in the most vibrant and enduring segments of American Jewry.

Studies have demonstrated that America’s secular and mostly liberal Jewish population is shrinking and disappearing, as a result of intermarriage and abandonment of Jewish identity and tradition. Liberal Jewish congregations are dwindling and shutting down, and even seeking non-Jews to join, as there are no longer enough Jews to fill these emptying houses of worship. And the same is true with liberal Jewish schools and organizations.

In contrast, the American Orthodox Jewish population is growing, and it is projected that this population, which is politically conservative and which strives to live by Biblical values, has strong family units and adheres to a traditional way of life, will replace the liberal Jewish communities.

The most notable impact on American society of this seismic change will be in the political arena, as Orthodox Jews predominately vote Republican. Other changes will be seen as well, especially in the areas of support for traditional family values, as Orthodox Jews are pro-life, oppose gay marriage and support school choice. And on a more recent note, much of the greatest Jewish support for the appointment of Steve Bannon came from the Orthodox Jewish media.

As much as the ascendancy of Orthodox Jewry and the decline of liberal Jewry are largely unknown to those outside of Jewish institutional life, equally unknown to most is the fact that a sizeable amount of the current Orthodox population consists of former liberal, non-Orthodox Jews who renounced their heterodox religious allegiances and embraced the Judaism of tradition, transforming their lives to center around God and the authentic Law of Moses. These Jews – most of whom are exceptionally talented and highly articulate, creative individuals – sensed the emptiness of a shallow religious experience, in which “feel good” mantras and political correctness came to replace genuine belief and Divinely-ordained commandments. Orthodox outreach organizations such as National Conference of Synagogue Youth, Chabad and Aish, among many others, exposed secular-liberal Jews to the beauty of their tradition and inspired many of them to return to it.

Jews are typically idealists, searching for purpose and higher meaning, whether they realize it or not. Liberal Judaism, which came about as an accommodation to radically changing social and political trends in 19th century Western Europe, marketed a life-philosophy of veritable purpose and higher meaning, but instead sold its constituency an empty bag, stuffed with promises and platitudes but little substance and zero long-term endurance. (Think of the “Obama Greek Columns” speech.) Such purchases are inevitably returned or disposed of. Those liberal Jews who recognized what the real article is rejected the religious identity of their upbringing and proceeded to align themselves with their bona fide tradition, while the rest of their brethren are sadly and silently disappearing, unbeknownst to general society.

The Orthodox Jewish spectrum is broad, and it is rich in vibrant ideas that connect contemporary life to religious tradition and Biblical values. This old-new conservatism is the emerging and future face of American Jewry. Get ready for major change.