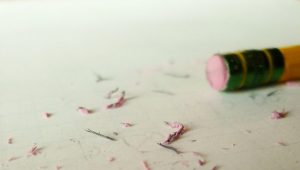 I’m reluctant to continue my debate with my valued friend Rabbi Yaakov Menken – he’s the one who invited me at Cross-Currents’ inception to post here! – but his most recent posting about my bemoaning of what I see as an unhealthy politicization of part of the Orthodox world contains, I believe, some inaccuracies in need of correction.

Each of Rabbi Menken’s points deserves a substantive response, but it’s a busy time of Jewish year for us all, so I’ll suffice with a few brief correctives of several.  Anyone in doubt about their accuracy is encouraged to do independent research.

Finally, Rabbi Menken writes that, sure, an observant Jew “can support government welfare programs that end up encouraging single motherhood… [and] can favor unfettered immigration, even from countries where hatred for the West, for individual liberty, and for Jews are all part of the school curriculum….”

Those lines, to me, illustrate the precise problem I perceive in the Orthodox world.  Too many of us see the world in stark black and white. That approach is what makes talk radio popular with masses.  But is it really befitting a thinking Jew?

Can one, in other words, support welfare programs that assist a wide variety of innocent poor (including many in our own community) but also single mothers?  And are all single mothers irresponsible?  Did most of them, or any of them, choose to be single mothers because they wanted government assistance?  Did any of them think that their children’s father would stick around but, sadly, discovered otherwise?

Is immigration from friendly countries (like Mexico or India, two of the main sources of immigration to the U.S.) inherently objectionable?  Are DACA beneficiaries unworthy of remaining here?  Are people fleeing hostile countries but who meet strict vetting standards (which, in fact, have been in place for years) to be shunned?

Any one of us can feel that, regarding those last three questions, in fact, it is, they are and they should be – and that single mothers and their children are undeserving of government help.  But are those necessarily Torah-informed conclusions?

And does the fact that one political party seems at present more in line with most observant Jews’ feelings about moral or Israel issues mean that there is some imperative to embrace the entirety of that party’s convictions – even in issues like law enforcement standards or reasonable gun control or public religious displays…?

You likely know my answer to those last two question, so I won’t belabor things further.  Other than to declare, without hesitation or reservation, my sincere, heartfelt birchas hedyot to Rabbi Menken and all Cross-Currents’ readers for a gmar chasima tova and a year of only berachos!