Her Future on an Index Card 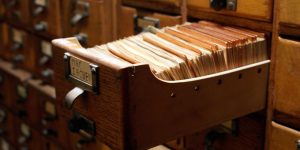 Rifka Wein Harris is a graduate of Bais Yakov d’Rav Meir and BYA in Brooklyn. She has an undergraduate degree in history from Brooklyn College and a law degree and a master’s degree in taxation from New York University School of Law. After practicing for many years in large firms as a tax lawyer, Mrs. Harris is now on the advisory board of Jew in the City and Project Makom. She lives in Kew Gardens, Queens.