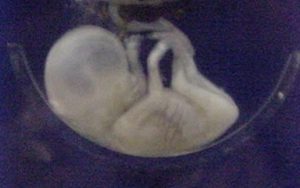 The new anti-abortion law in Texas has now become the target not only of the Justice Department, but of non-Orthodox and pseudo-Orthodox Jewish clergy and lay leadership as well. The executive director of JOFA (Jewish Orthodox Feminist Alliance) issued a harsh condemnation of mainstream Orthodox rabbis and organizations for condemning the 2019 New York State Reproductive Health Act (which expanded abortion rights and decriminalized all acts of abortion) while not condemning the new Texas law. And over 1000 “Rabbis for Repro” signed a pledge that reads in part:

I pledge to use my voice as a rabbi, cantor or Jewish educator to teach, write, and speak out about reproductive rights and Judaism in the United States and in the Jewish community…

We must not remain idle while barriers to health care place any individual’s health, well-being, autonomy or economic security at risk. We must speak out, particularly for those facing racism, classism, and ableism when exercising their human rights.  Safety, justice, freedoms, and lives are at stake.

I will help lead the fight for reproductive health, rights, and justice by educating my community, and pledge to speak and/or teach about reproductive rights in my capacity as Jewish clergy this year.

And Reform Rabbi Rachael Pass authored an article published on JTA and run by Times of Israel about her “accidental conception” on Rosh Hashana and her subsequent abortion, which she referred to as a “sacred choice.” (For several reasons, the link to this article is intentionally omitted here.)

Many of these clergy members and lay leaders aver that since abortion is allowed and even required by Halacha under certain circumstances, it is wrong and dangerous to support abortion bans or to even express opposition to abortion. Other clergy members cited in the above articles opine that abortion cannot be restricted, since it interferes with a woman’s right to all decisions involving her body, which is somehow alleged to be a Torah value, without providing explanation. (It is quite telling that those clergy members who have rationalized their opposition to abortion bans based on the need to have abortion available for situations in which Halacha permits it signed onto the Rabbis for Repro pledge, which endorses abortion for reasons of personal autonomy, without any halachic justification.)

The clear truth is that Halacha prohibits abortion. Although the prohibition to abort a baby may be overridden in specific exceptional and dire circumstances, whose parameters are discussed by major halachic authorities, abortion remains a strict Torah prohibition. (And yes, abortion is indisputably banned by the Seven Noahide Commandments, under the category of murder; v. Talmud–Sanhedrin 57B and Maimonides Hil. Melachim 9:4.) Abortion is similar to most other prohibitions in the Torah, which can be suspended when unusual and extreme situations arise; in these cases, Halacha has declared that the exigency of the situation supersedes the prohibition.

For example, the Torah forbids theft. However, if one is quite literally starving and might die unless he eats, the prohibition against theft is overridden (although one who steals in order to save a life is required to pay back afterwards). Likewise, Halacha forbids eating non-kosher food. But if the only food available is not kosher, and one might die if he does not eat, the Torah permits eating non-kosher food under this specific and extreme circumstance. (This tragic scenario occurred with Jews in concentration camps during World War II, who would have surely died if they did not eat whatever they could get their hands on.) Similarly, there are certain foods that are prohibited due to rabbinic prohibitions, or due to binding custom that has been codified in Halacha (such as not eating legumes during Pesach); in particular cases, when one is ill or of seriously-compromised health, and there is no kosher alternative, such foods might be permissible if absolutely necessary. (Every individual case needs to be ruled upon by a posek – a halachic authority.)

Imagine that a group of rabbis would come forth and endorse the right to steal or to consume non-kosher food; it would be laughable and pathetic, to say the least. While true that in very acute and exceptional cases, Jewish law relaxes these and most other prohibitions, in the interest of saving a life, no real rabbi would ever publicize that larceny or eating ham are permitted, or would criticize local regulations that ban theft.

The same applies to abortion. To declare that abortion should not be prohibited, or that the Torah affirms the right to abortion, is extremely distortive and is tantamount to proclaiming that Halacha endorses the right to steal. Although the prohibition of abortion is suspended in the face of dire and exceptional circumstances (and each case needs to be presented to a qualified halachic authority), abortion remains a serious prohibition that no responsible rabbi or lay leader can dare call a right.

Moving over to the new Texas law: While the law restricts abortions which some (apparently a minority of) halachic authorities might permit, in most ways it does conform with Judaism’s view, and in truth, were one of the acute scenarios to arise in which some poskim permit abortion, Texas would in all likelihood allow an abortion as well (and if it would not do so, one is able to travel to 49 other states that will accommodate).

The efforts of the wayward clergy and lay leaders to defend Roe v. Wade in the name of Judaism is baffling, as Roe v. Wade flies in the face of Judaism’s laws and values, whereas the Texas law conforms with them for the most part. If these self-declared Jewish leaders would be honest in their purported concern for compliance with the Torah, they would reject Roe v. Wade and would instead hail the Texas law as being closer to fulfilling the Jewish mandate.

In these Days of Repentance, truth is a commodity that we must pursue. And so is fidelity to the Torah. Let’s therefore honestly agree that the declarations of pro-abortion Jewish leaders in no way represent the authentic Jewish approach.