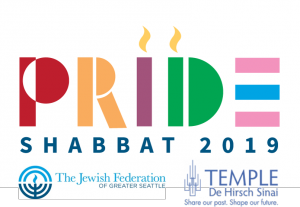 When a media offering chooses to not identify a quoted speaker, it loses a bit of credibility. But the words attributed to several unnamed Jewish federation leaders in a recent report in the Israeli newspaper Makor Rishon had the ring of truth. And of some wisdom.

Jewish federations, of course, are community-wide nonprofits – sort of “super-pushkes” – that raise money to fund local causes and other Jewish ones overseas, including Israel.

The first Jewish federation in North America was founded in Boston in 1895. Today, there are local federations in over 100 American cities and some 300 smaller communities. And, in addition, there is a national umbrella organization called the Jewish Federations of North America (JFNA). Its slogan, adopted in 2012, is “The Strength of a People. The Power of Community.”

The Makor Rishon news story had the anonymous federation leaders admitting, at a meeting of the Jewish Agency’s Board of Governors, that it had been a mistake for their groups to join the assault on respect for kedushas beis knesses at the Kosel Maaravi.

Israeli firebrand Anat Hoffman has famously made her life’s goal the dismantlement of the longstanding norm at the Kosel (and of the government’s general regard, through the state’s official Rabbanut, for the Jewish mesorah). Both the national Jewish federation and numerous local ones vocally supported her designs and financially helped gird her for battle.

The recently quoted leaders haven’t exactly come to acknowledge the importance of the mesorah, only – hey, it’s a start – the impracticability of declaring the Jewish religious tradition to be the enemy. They observed that most Israelis, even non-religious ones, have no real interest in the “religious pluralism” pushed by non-Orthodox American Jewish representatives. “How,” one “senior official” is quoted as saying, “can the struggle succeed if it is just a headache for so many Israelis who do not understand what the uproar is?”

Another fedhead – and here is where the wisdom comes in – reportedly told the paper that “The progressive streams in the United States, the Reform and the Conservative movements, are in a complex and difficult place. They are unable to recruit the next generation to their synagogues. Therefore, they are not in a position to preach to Israelis how they should conduct themselves at the Western Wall.

“Throughout the crisis,” the official continued, “I warned that we were putting all our chips on the subject of the Western Wall, without thinking for a moment if this was the right struggle for us.”

Both local federations and the national federation body have had uneasy relations with the Orthodox communities that are ostensibly part of the constituency they represent. The unease doesn’t stem, chas v’shalom, from any animus for fellow Jews, but entirely from some of the positions taken by federations.

Contemporary social causes that stand in stark and undeniable opposition to what the Torah expressly states are embraced wholeheartedly (and buoyed financially) by Jewish federations across the country, and by JFNA.

And not only do federations routinely offer funds to projects of Jewish movements that reject part or all of the Jewish mesorah, but a JFNA initiative, “The Israel Religious Expression Platform” (“iRep” – don’t ask why Israel has been demoted to lower-case), has as its mission “to impact a range of issues related to increasing religious pluralism in Israel” and to “advance meaningful change to the religion-state status quo, including expanding the range of legally-recognized options for marriage and divorce in Israel.”

No Orthodox Jew – nor any Jew concerned with preserving a single Jewish people in Israel – could in good conscience support that agenda.

The Jewish Federation system is at a crossroads. It can continue to be a stable boy for the non-Orthodox religious movements, or it can go back to its roots and focus on the needs of Jews – all Jews. Both the physical – there is poverty and even hunger among Jews, overseas and in the U.S. as well – and the non-material.

To wit, the Jewish day school system is a proven engine of Jewish continuity, and day schools and yeshivos are often on the verge of insolvency. There are Jewish federations that indeed, to their credit, earmark funds to help Jewish schools and tuition-strapped parents. But if all the funds sent into the black hole of pluralism-pushing in Israel and “progressive” causes in the U.S. were to be diverted to Jewish education, the American Jewish identity picture would be a much rosier one than it is.

No one expects federations to start funding traditional kollelim (though it would be a great merit for them if they did), but investing in community kollelim, Jewish outreach groups and chavrusa programs like Partners in Torah and TorahMates would be a truly wise choice for federations – if they are really determined to help build a brighter American Jewish future.

Connecting Jews – of all stripes and affiliations – with their ancestral heritage, its texts, traditions and wisdom, would truly boost “The Strength of a People. The Power of Community.”

The ball is in the federations’ court.