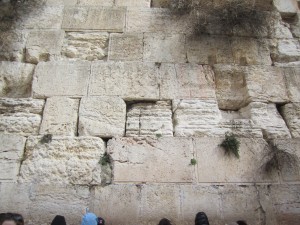 Designating an area at the Kotel Maaravi for feminist and mixed-gender prayer not only profanes the holy site, it creates yet a further lamentable rift between Jews.

For more than three decades, the Western Wall has been a place – perhaps the only one in the world – where Jews of all affiliations and persuasions have regularly prayed side by side.

What has allowed for that minor miracle has been the maintenance at that holy place of a standard – that of time-honored Jewish religious tradition – that all Jews, even those who might prefer other standards or none at all, can abide.

If the current plan is in fact realized, that will be no more.

Instead, there will be two options: some Jews at the Wall will pray at a space whose atmosphere respects and reflects traditional Jewish prayer, and others at a space that doesn’t.