Haazinu – Not Bad But Best 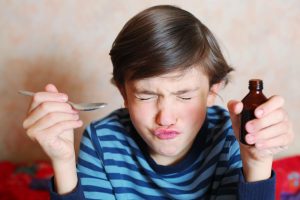 A man once visited the saintly Chafetz Chaim and the sage asked him how things were going for him. The visitor responded, “Well, it wouldn’t hurt if they were a bit better.”

“How can you know it wouldn’t hurt?” was the Chafetz Chaim’s immediate response. “Hashem knows what is best for you better than you do. And whether or not you think he has given you the best for you, He has.”

That idea is one of the explanations of “The Rock, perfect is His work; all His paths are justice” (Devarim 32:4).

There are things entirely unknown to us — “more things in heaven and Earth” as Shakespeare had Hamlet tell Horatio, “than are dreamt of in your philosophy.” Sometimes adversity is punishment in this world for our benefit in the next; sometimes it is a temporary pain that will lead to a greater gain; sometimes it is the yield of mystical calculi involving previous histories of our souls.

But it is always, whether we think it so or not, for our betterment.

The Chafetz Chaim was known to tell people not to employ the word “bad” about their travails, to opt instead for the word “bitter.”

Because, he explained, medicine is often bitter, but it’s not bad; it is best.

My most recent Ami column, “Rabbi Amnon’s Tongue,” can be read here.