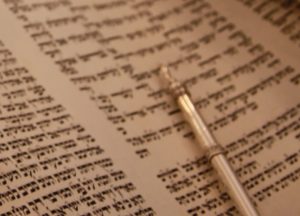 The Coalition for Jewish Values (CJV) released a statement earlier this week renouncing efforts to identify those who endorse deviance from Torah practices as “Orthodox rabbis.” The “Statement on Orthodoxy,” signed by over 250 rabbinic leaders thus far, emphasizes that “Orthodox Judaism” is a well-established synonym for traditional Jewish observance, and that even those with authentic rabbinic ordination remove themselves from Orthodoxy if they later, in the statement’s words, “spurn what the Torah requires.”

A recent story in the Jewish Telegraphic Agency claimed that “A small but growing number of Orthodox rabbis are officiating same-sex weddings.” Other individuals, schools and groups claiming to be Orthodox have ordained women as rabbis and challenged the Divine origin of Torah.

Rabbi Dov Fischer, Western Regional Vice President of the CJV, led the drafting of this letter. “There has been a long-running falsification, advanced jointly by certain clergy and left-wing Jewish media, asserting that Orthodox Judaism can be stretched to accommodate any and all politically correct social trends,” he explained. “We now go on the record, as rabbonim [Orthodox rabbis] who simply cannot remain silent any longer, to penetrate through the grievous misrepresentation and to clarify to the general public what is Orthodox and who is — and who is not — an Orthodox rav [rabbi].”

For several centuries, the term “Orthodox Judaism” has been synonymous with Torah observance — commitment to following the 613 Commandments and Rabbinic enactments as described in our classical sources. We, the undersigned Orthodox, observant rabbis, deplore efforts to confuse the Jewish and greater public regarding the beliefs and practices that may rightly be described as Orthodox.

Neither media outlets nor the public should be duped by messaging designed to mislead. No Orthodox rabbis have officiated at same-sex weddings, have ordained women, or have “revisited” whether the Torah was given by G-d to Moses. No Orthodox rabbi ever shall, and any reports to the contrary serve no purpose other than to misrepresent authentic Torah Judaism.

Whether or not an individual attended an Orthodox rabbinic seminary, one who spurns what the Torah requires is not an Orthodox rabbi condoning departure from Torah, but is, at most, someone who forsook Orthodoxy despite rabbinic training. Similarly, no seminary, group or institution which teaches, endorses or abides these deviations can be genuinely termed Orthodox. Such individuals and groups do not represent Orthodoxy, and cannot accurately be depicted as such.

Though tragic, leaving Orthodoxy after even advanced rabbinic study is hardly a new or particularly noteworthy phenomenon. Any such individual removes himself from the community of Orthodox Judaism for all purposes. He cannot function as an Orthodox rabbi in any context, and any such function he performs is inherently invalid.

We call upon them, like all of our brethren, to reclaim the beautiful and permanent heritage that is theirs.