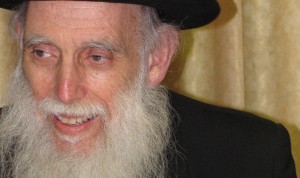 The following is excerpted from an interview by Rafael Hoffman of Hamodia with HaRav Aharon Feldman, Rosh Yeshivas Ner Yisrael and a member of the Moetzes Gedolei HaTorah. The Moetzes recently issued a statement declaring Open Orthodoxy to be outside the bounds of Torah Judaism. We thank Hamodia for permission to print these excerpts for our readers.

Is Open Orthodoxy crossing halachic boundaries? If so, in what areas?

The basis of Orthodox Judaism is a belief in the Divine origin of both the Oral and Written Torah. Yeshivat Chovevei Torah’s (YCT) leaders or their graduates have said clearly or implicitly on many occasions that they do not accept that the Torah was authored by Hashem, that parts of the Torah can be excised, and that the Oral Law was developed by Rabbis to adjust the Written Torah to the realities of the time that they lived in. This basic philosophy is what writes them out of Orthodox Jewry.

These statements by their leaders and students have been expressed openly and repeatedly in speeches, blogs and internet posts. The Moetzes’s kol korei is just a statement of facts which anyone can verify.

Does the problem of Open Orthodoxy come down to their outlook, or had it come out in clear violations of Shulchan Aruch?

If someone is walking down the street without clothing, you don’t ask him, “Why aren’t you wearing tzitzis?” The controversial halachic decisions which they have issued — such as women wearing tefillin — are peripheral to the matter. There is a clear ruling by the Rema that women are not supposed to do so. The main problem is that they do not look at the Rema as binding; that cannot go without a response. The lack of belief in the whole mesorah of how halachah should be determined is what has written them out of Torah Judaism.

Was the Moetzes motivated to act because of actions that Open Orthodox leaders have taken or fear of what the movement could lead to?

The Moetzes’s statement was not based on what might happen to the movement of Open Orthodoxy down the road. It’s about where they stand at present. The positions their leaders have espoused put them unmistakably beyond the pale of Torah Judaism, and have made them no different than the Reform or Conservative movements who admittedly deny the divinity of the Torah. One of their lecturers wrote that the Divine Word depends on man’s moral consciousness and that the moral compass of man writes the Torah. This idea, which was praised by Asher Lopatin, president of YCT, is total kefirah. The foundation of Torah Judaism is the belief in the divinity of the entire Torah, and by such statements they have openly written themselves out of the Torah community.

The Moetzes doesn’t issue statements to attack the Conservative and Reform movements. Everyone knows that they do not share the traditional belief in Torah. Their position vis-à-vis believing Jews is not new. Open Orthodoxy, on the other hand, in the eyes of many people, is just a left-wing movement in Orthodoxy. They see it as the most liberal group in the Modern Orthodox world. This is not true.

Modern Orthodox leaders are clear about their belief in Torah miSinai. Their core beliefs are the same as those of anyone else in the frum world. But Open Orthodoxy is a movement purporting to be Orthodox while espousing the theology of the Reform and Conservative movements. That’s something that the world has to be made aware of.

The problem is not simply one of false advertising in using the name Orthodoxy fraudulently. There is a far greater and more practical threat. YCT graduates are getting positions in Orthodox congregations and then go on to espouse beliefs that undermine the basic principles of Torah Judaism.

The proclamation refers to the movement as “kofrim b’ikrei hadas” (denying the basic principles of faith). In what ways is this so?

In the time that we have been researching the matter, we have found no shortage of statements and writings that left us with no other possible conclusion. Sara Hurwitz, who is the first “rabba,” their term for a female rabbi, who leads Yeshivat Maharat, said that “Avraham’s willingness to sacrifice Yitzchak went too far.” Consider that when Avraham Avinu passed this test Hashem labeled him a “yerei Elokim” and promised that his descendants will “inherit the gates of their enemies.” But Sara Hurwitz calls him a “murderer” and says that he “went too far.” This is an open denial of Torah Shebichsav as well as of Torah Sheb’al Peh.

Dov Linzer, rosh yeshivah of YCT, questioned the authoritative nature of the Talmud and praised someone else who had said not to rely on the Talmud. He, himself, posed the question “should we be bending the halachah to conform to our modern notions of egalitarianism?”

Ysoscher Katz, head of the Talmud department of YCT, said that the laws of Sotah were originally very cruel to women and that the Rabbis, with their drashos, adjusted them to the sensibilities of their times. That is an outright denial that the Oral Torah is the true explanation of the Written Torah. He also said that the belief in the giving of Torah at Sinai is not that it factually occurred, but “we can still believe in it.” I myself am not sure what he means by such double-talk, nor do I believe he does.

Open Orthodoxy is a movement that exists on the left fringe of the Modern Orthodox world. Why did the Moetzes feel it necessary to deal with an issue that on the face of it has little to do with the chareidi public? Additionally, how much of an effect will it have on Jews who are philosophically far from the Agudah’s orbit?

The movement is becoming increasingly powerful as more synagogues hire YCT graduates as rabbis. There is a pervasive rumor that YCT itself offers to pay the first year or two of their salaries as an incentive. Once they become rabbis, real changes happen to those shuls.

They are planning to make their own kashrus certification. They issue gittin which have no validity. They perform conversions which are not halachically acceptable.

It is our business, because chareidim are not an isolated group. We are one Jewish people. This is especially so as regards the Modern Orthodox, who share our fundamental belief system. Open Orthodoxy is something that is cutting away at the fringes of Am Yisrael. It’s the business of the Moetzes Gedolei HaTorah to care about Klal Yisrael. We cannot only be concerned if our Shabbos kugel comes out well; we must worry about the Jewish people as a whole.

We want to ensure that those who choose to attend Orthodox shuls should hear hashkafos and halachos that represent a true belief system. It is our duty to warn them not to take rabbis who would lead them astray from authentic Yiddishkeit. This is not a matter of us having a more stringent interpretation of halachah; what they are teaching is simply not Torah.

Even though the Moetzes’s sphere is mostly in shuls that would not even consider taking a YCT alumnus, our statements could potentially affect the opinions of all board members. It could also push the RCA to make stronger statements than they have until now. The RCA recently released a statement against Open Orthodoxy’s ordination of women. That is totally missing the point. The problem of Open Orthodoxy does not come down to whether women should or should not be Rabbanim; it is the fact that they deny the most basic fundamentals of belief in Torah.

People in all areas of the frum world need to realize that the Open Orthodox movement is one that has already led, and stands to continue leading, the Jewish people away from the Torah.