Plumbing the Meaning of the Torah’s First Word 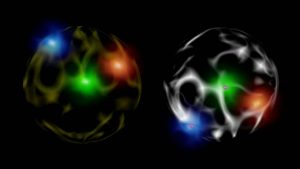 The Torah’s first verse is purposely unclear.  As the Ramban, Nachmanides, points out, the deepest truths of how the universe was created are unfathomable and inscrutable, hidden, ultimately, in the realm of mysticism, not physical science.

It is intriguing, though, that the Torah’s first word, “Bereishis,” implies, as the Seforno explicitly states, that time itself is a creation – a notion that comports with traditional cosmological physics (if not with scientists who, terrified at the notion of a “beginning,” postulate a “multiverse” of universes, conveniently beyond observation).

Likewise intriguing is that, according to the Talmud, the Torah’s first word can be split into two words, “bara” and “shis.”  While the Gemara sees in “shis” a hint to an Aramaic word meaning “conduit,” hinting to an underground channel into which liquid poured on the mizbe’ach would descend (a channel created at the beginning of time – Sukkah, 49a), the word can also, most simply, mean “six.”

As in the six types of quarks, currently believed to be the fundamental particles of which all matter is, ultimately, comprised.