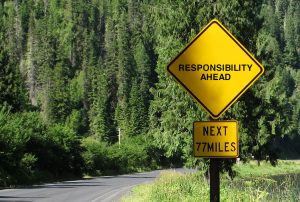 It has been the best of times, and the worst of times, for Torah Judaism. We’ve seen strong, sensible leadership in parts of the community, and failed leadership elsewhere. We’ve seen the resilience of the halachic process, in a torrent of teshuvos addressing new and important issues, delivered by responsible talmidei chachamim. But we have also witnessed Orthodox Judaism held up in front of the world for derision – and we cannot deny that they have found justification for their complaints.

Taking a closer look at a teshuva/responsum from Bnei Brak allows us see the strengths and weaknesses of the Torah community’s response.

The teshuva examines the application of the gemara’s principle that shluchei mitvah einam nizakim – loosely, in the context of the responsum, that those involved in the performance of a mitzvah meet no harm as a consequence of that involvement. The author, in classic responsum style, deals with its parameters and exceptions, and applies the principle to the restrictions that the Israeli Ministry of Health has placed on shuls and schools. His conclusion is that COVID-19 presents only a slight risk factor (of 120,000 diagnosed at the time of its writing, “only” 800 deaths, mostly of those with pre-existing conditions), and therefore within the range to rely of the aforementioned principle. Shuls, therefore, should be reopened. Masks should not be mandatory while davening, and perhaps not at other times, because they depress the wearer with thoughts of the plague, which causes more harm than the virus. When a child in school is diagnosed positively, it should not cause all other children to miss their Torah studies for two weeks. Because the state of affairs has carried on for so long, we are in the position of the fish urged by the fox to come up on shore where it will be safer for them. Torah study and proper davening are our life-blood, and disturbing them for too long is a greater threat to the community.

The positive: The teshuva is a testimony to emunas chachamim in Chazal, something to which others only pay lip-service to. He treats the words of our Sages with seriousness, and would not think of dismissing their statements as aggadic, and therefore irrelevant. One need not agree with the analysis of the relevant texts[1] to respect that, and appreciate that this is precisely what poskim /decisors have done for centuries. He understands the spiritual dynamic of his part of the community, and recognizes that prayer and learning are what keeps it going. What for others is fungible (i.e. it can take other forms, without destroying the flow of life), for his community is absolutely essential. That is real and palpable, and something we should all aspire to.

So what’s wrong with it? Plenty.

When the author teaches the laws of refuah on Shabbos, he undoubtedly makes mention of the responsum of the Chasam Sofer that permits treating far more patients on Shabbos than the limited group of Shabbos-observers sanctioned by the gemara itself. The Chasam Sofer permits this because, in larger populations dependent on the medical services of others, we would all be endangered if service providers reciprocated any refusal on our part to treat them. Did it not occur to the author that this might be the case with COVID as well? Even if he did not know of the documented cases of medical personnel in NY openly speaking about their refusal to risk their health on people who had been careless about their own, he should have recognized that possibility, and addressed it in his teshuva.

What’s the takeaway from all this? It can’t be pointless venting, as cathartic as it sometimes feels. That just cannot be a Torah approach. I would suggest that it was the Tzanzer Rebbe who nailed it a few days ago in his Sukkos message, delivered while himself suffering from C-19. In free translation, from Sivan Meir-Rahav’s report:

“We are required to be in quarantine. We have no possibility of gathering in shuls or for semachos. We have to keep our distance, doing the best we can, observing the dictate of ‘V’Nishmarten me’od le-nafshoseichem.” But we must stop and think. Perhaps all this isolation stems from the fact that there is division and dissension among us, and that we lack a generous eye and peaceful disposition towards our fellow? Everyone thinks of himself, of his friends and relatives, on his own community of Chassidic group – and ignores our people as a whole. [Emphasis mine – YA] Rather that look generously at the other, and judge him favorably, we fall prey to lashon hora and rechilus. For this, we are paying the price, measure for measure. ‘You wish to be for yourself? Fine. Go it alone, by yourself.”

The Torah way in criticism is to find fault with the other only as a way of discovering the problem within ourselves. We have many, many people who are incredibly devoted to the community – and the nation. (Many of the finest are secular Jews, who live and breath for the benefit of the nation as a whole.) We cannot say that this is an emphasis in the chinuch we give our children.

The Ponovezher Rov, who was responsible for so much of the early development of Bnei Brak, was invited to the inauguration of a Chassidic organization there. He danced ecstatically – despite having no connection to that chassidus. He exulted, “Today – here – I am a chassid!”

It is not enough to simply relate the story as a footnote to the life of a great person. We need to abstract the lesson of real responsibility to groups outside of our own, and to the nation as a whole, and harp on it. We likely will not influence others. But we need it for ourselves.