On Halacha and LGBT – Responding to Dr. Aaron Koller 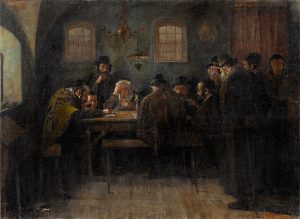 In the absence of the authority to change the law (Halacha), I have no choice but to choose against (following) it.

In a clash between humanity and halakha, opt for humanity, and have enough faith in halakha that the problem will be solved. And if somehow the conflict remains intractable, I would rather suffer for being a good person than sacrifice someone else’s life on the altar of my religiosity.

These words were not uttered by a Reform rabbi, even though they express outright rejection of Halacha. Rather, these are the words of Dr. Aaron Koller, who serves as Professor of Near Eastern Studies and Chair of the Robert M. Beren Department of Jewish Studies at Yeshiva University, in a new article, On Halacha and LGBT, just published in YU’s Observer newspaper. Although Dr. Koller has previously penned essays that clash with normative Orthodox Judaism (to which I responded on a few occasions – please see here and here), Dr. Koller’s new article is shocking and goes to a new level, for it unequivocally calls for violating the Torah and placing a competing concern above Halacha.

On Halacha and LGBT immediately sparked controversy, eliciting extremely well-reasoned and eloquent responses from Rabbi Gil Student and Rabbi Harry Maryles. While I certainly agree with Rabbi Student and Rabbi Maryles, I would like to take a step back in assessing Dr. Koller’s article. Although I wrote last month that I would henceforth avoid addressing such issues, due to people who disagree with my writings contacting my employer, I cannot be silent in the face of this chillul Hashem (desecration of God’s Name).

In contrast with Orthodox Judaism, Dr. Koller preaches that human values should mold one’s Judaism and override Halacha. Rejecting “Akeidah theology”, Dr. Koller asserts that “Jewish law ought to be consonant with our values”. How this differs from the Reform and Conservative approach to Judaism is beyond me; Dr. Koller’s words parrot with exactitude those of the rejectors of Orthodox Judaism.

The only halachic-oriented support that Dr. Koller attempts to invoke for his argument is that in specific cases, the Talmud stipulates that a particular mitzvah under discussion is to be fulfilled in a more pleasant or facile manner, due to a unique homiletical interpretation or axiom within the Oral Law pertaining to such limited cases. However, there exists no such rule or allowance in the Talmud to permit gay marriage or homosexual relationships, as Dr. Koller obviously concedes, which led him to conclude that, “In the absence of the authority to change the law (Halacha), I have no choice but to choose against it.”

In contrast, let us look at what Orthodox Judaism has to say about submission to Halacha.

And regarding homosexuality, the Rav stated:

A philosophy of [homo]sexualism is being preached throughout the Western world, to such an extent that a certain rabbi came to me and said, “How can we defend ourselves against it?” I told him, “Take out a Chumash and read a pasuk. ואת זכר לא תשכב משכבי אשה. (‘You shall not lie with a male as with a woman.’ -Vayikra 18:22) We are on the defensive, you understand. Why? And the same is true of abortion and so forth.” (1974 public shiur in Boston, printed here on pp. 91-94)

Just like today, humanitarian arguments were posed to the Rav nearly half a century ago regarding homosexual relationships; yet the Rav affirmed that we are eternally bound by the Torah, which cannot be overturned or disavowed.

It is beyond troubling that Dr. Koller preaches for the violation of Halacha and for the rejection of Torah principles, and it is extremely saddening that these words were penned by a ranking Jewish Studies educator, and that the Observer deemed the article worthy of publication.

There is room for various “streams” within Torah Judaism – but the sine qua non is total acceptance of the authority of Torah, as interpreted throughout the generations. Dr. Koller has clearly gone way beyond these broad but firm parameters. This is a very distressing day indeed for Modern Orthodoxy.