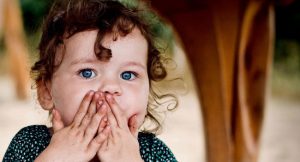 With the exception of replying to a few Times of Israel blog articles, I have not written much lately about the issues of the day. The main reason for this is total lack of time, but even when there were occasional opportunities to pen something, including when I was asked to do so by various respected print and online journals, I declined. Why?

My last lengthy article on hot-button issues, and its follow-up response, got me into some really hot water. Although the thesis of my article was corroborated by the party under discussion (please see the end of this article), and the information I presented was all voluntarily made part of the public record by the relevant people and organizations, and links were provided for the article’s data, so that readers could see and judge for themselves, there was exceptionally fierce and fiery opposition to the article – not so much in terms of debating its content and attempting to demonstrate its incorrectness (or trying to defend the very questionable practices and ideas critiqued in the article), but rather in terms of efforts to censor and silence my views. One organization, without naming me, reacted by admonishing me for publicly criticizing another rabbi; several Jewish leaders sought for me to retract and publicly apologize (one such individual described my article as lashon ha-ra and nivul peh – not sure where that came from); and one person posted on social media that he was going to write a letter to my employer about me, which he proceeded to do, copying me on the letter and replying to bloggers who defended my right to free speech by asserting to them that there must be “consequences” for such speech. (I asked a posek and was told that I may share this incident. I am intentionally omitting the hyperlinks, even though this is all public information.) There were also dozens upon dozens of prominent social media posters who, rather than address the substance of my article, took pot shots by comparing me to various deranged and criminal personalities. I do not care what people say, but the aim was to menace and muzzle me. (Readers might recall a similar effort close to four years ago. Furthermore, this is far from the first time that this has happened to me, but those who contacted my employer previously did not make their actions public. )

In order to spare my employer from further complaint letters, and due to many other important considerations, I had to rein myself in; the intimidation and vile tactics of my detractors succeeded. It’s sad. Other former writers of articles that addressed controversial topics shared similar experiences with me, for their supervisors were likewise contacted by opponents of those writings.

Elliot Resnick, who serves as the outspoken, highly accomplished and articulate chief editor of the Jewish Press, suffered a similar fate, but worse. On July 11, the Jewish Press published an op-ed opposing the (gay) Pride Parade, written by Irwin Benjamin, who is the editor-in-chief and publisher of The Jewish Chronicle of West Palm Beach. Benjamin’s article did not name anyone, was logical, presented the traditional Torah perspective, and was written calmly and without invective – yet it ignited a firestorm and hysteria, as LGBTQ activists and allies seized upon it and launched a campaign to shut down the Jewish Press, contact its advertisers and get Resnick fired, by circulating a petition to have him dismissed and appealing to the public via social media to help put the paper out of business. (For example, the Torat Chayim organization posted in the name of its founder, R. Shmuly Yanklowitz: “Now its (sic) time to close down this hate-filled, sexist, homophobic newspaper… If you stand as an ally, close your subscription today!”) The attempt to fire Resnick showcased various remarks he made on his personal social media accounts – remarks which would be considered controversial by many,  would be deemed run-of-the mill by staunch conservatives, and would be regarded as free speech by all. Resnick’s personal social media writings were obviously assiduously audited and dissected in order to yield some “goods” that would justify hanging their author.

Anyone reading the Jewish Press or Resnick’s social media pages these days notes a sense of great restraint and the absence of certain hot topics; Resnick was bullied and put in his place by the mob’s threats. Similarly, the author of a popular Torah website, who had cross-posted Benjamin’s article on the Pride Parade, was subjected to nasty personal online harassment, and took down the post in a matter of hours.

Earlier this summer, I was asked by an overseas Jewish newspaper to write an article opposing the idea of (gay) Pride Month. I declined, explaining that I could not write about highly-controversial topics, especially so close to the incident described at the beginning of this article. Instead, another article opposing Pride Month, written by a different person, was suggested and appeared to meet the newspaper’s needs. However, I was just informed that due to strong negative reactions that the article would likely elicit, it was decided that the article will not appear. Every publication obviously publishes materials that are unpopular with many people, but for some mysterious reason, this one article was banned. Intimidation has its ways…

A culture of shutting down the debate through intimidation, bullying and personal attacks has overtaken much of the Jewish media and certainly most of general society. Rather than allowing for the expression of ideas that are unpopular among some, and then taking on these ideas through debate and argument on the merits, strong-arming, harassing and bullying the expositors of such ideas into submission and silence, and often seeking to harm their livelihoods, have become the order of the day. (The banning of Ben Shapiro and other conservative commentators from speaking at countless campuses also comes to mind. Whether one agrees or disagrees with these commentators, who do not incite violence or preach lawlessness, does a ban – often preceded by threats of physical harm by protesters – further the free expression and exchange of ideas?)

I am not a defender of reparative therapy (now termed conversion therapy) for SSA (same-sex attraction), nor am I an opponent of it either. I simply lack enough information about the matter, as almost all of the information presented to the public is from LGBTQ lobbyists and allies, who of course passionately oppose this therapy. That said, what if an adult with SSA would seek to address the issue by speaking with his therapist about strategies for change? The therapy would not involve psychological distress or torment, physical or chemical techniques, or anything weird or unnatural – no coercion, drugs, hypnosis or mind-altering activities – just simple and free-flowing conversation about why one is attracted to people of the same gender, and if or how he can change the way he feels.

Being that this would be a private matter between a therapist and an adult patient, the latter voluntarily pursuing such help and merely wishing to engage in conversation geared toward changing his feelings, what could be wrong?

The issue hits close to home, as Dr. David Schwartz, a Chasidic therapist in Brooklyn, is suing New York City for its conversion therapy ban, which applies even to adults (unlike the New York State ban, which applies only to minors) and which could result in Dr. Schwartz being fined up to $10,000 per patient who seeks talk therapy for SSA. To quote a report on the subject:

(T)he lawsuit stresses that the plaintiff’s counseling sessions with his patients consist solely of talking and no other interventions. This is significant because reports from New York City’s Commission on Civil Rights relied on by the City Council and cited by the defendant refer repeatedly to the fact that conversion therapy, known by its critics as SOCE (sexual orientation change efforts), has in the past been associated with electro-shock treatment, castration, and other painful practices designed to dissociate individuals from their impulses. One of the key questions the court must decide is whether talk therapy alone is a form of speech – and thus constitutionally protected – or commercial conduct, which is subject to regulation.

‘Dr. Schwartz and almost all of his patients are members of the Orthodox Jewish community,’ the lawsuit says. ‘Both his patients’ personal goals and Dr. Schwartz’s counsel are often informed by views about human nature and the nature of a life well lived that are grounded in their Jewish faith and Torah teachings. In Dr. Schwartz’s general psychotherapeutic practice, he encounters patients with concerns relating to sexuality, among a wide range of other issues. Dr. Schwartz’s approach to psychotherapy seeks to help patients achieve goals with respect to themselves and their relationships that they choose for themselves. Dr. Schwartz works only with willing patients – patients who voluntarily walk into his office and talk with him because they want and value his counsel. And Dr. Schwartz does nothing to or with his patients other than listen to them and talk with them,’ it adds.

Since the language of the NYC ban does not differentiate and unequivocally bans all conversion therapy, regardless of mode and method, Dr. Schwartz will be in serious trouble unless his free speech argument wins the day in court.

We face an overreaching and invasive campaign to stifle free discourse and compel submission. By the rules of this campaign, debate is not allowed, and those who express opinions with which the orchestrators of the campaign disagree are to be ostracized, threatened, fined and fired. It is interesting that this totalitarian campaign is being waged by the left, of all groups, which previously prided itself on being liberal and tolerant.

The editor of the aforementioned overseas Jewish publication quoted a friend who described this phenomenon with absolute precision: intellectual terrorism.

Although we are at times held hostage by the intellectual terrorists, who employ tactics that we would never consider applying to those who disagree with our own ideas, our resolve is not broken. We await the day when truth and peace will coexist, and truth will be expressed without fear – “v’ha-emes v’ha-shalom ehavu.” (Zechariah 8:19)