The Song That Stole Elul 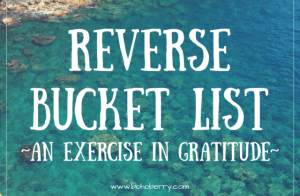 Yishai Ribo’s evocation of the Avodah[1] of Yom Kippur stirs hearts and moves to tears. It has gone viral here in Israel; I’m told that the same is happening in the US. (One of the many, many beautiful things about living here is that – especially recently – people who proudly define themselves as staunchly secular have enough familiarity with the words of davening that they, too, admit to deep feelings of connection to songs like this. A raft of Israeli musicians have turned to piyutim for their material, and the street buys it.)

Those who love it claim it has stolen their attention from what other spiritual preparations they were making for the coming Days of Awe. No worries, though. The song, with a haunting melody, powerful delivery, and unforgettable message pays back the theft doubly, just as the Torah demands.[2]

The artist does take some liberties, which Briskers probably will not like. He turns the achas, achas v’achas count of the sprinkling above and below into an exercise in shamefacedly counting the transgression that we’ve committed. That allows him to contrast it with a new count of his own invention – a much, much larger count of all of the gifts, blessings, and acts of Divine intervention large and small that we also remember.

When you watch it, most likely you’ll forgive him for taking the license. It creates an enormously powerful impetus to teshuvah – one born of love, and of gratitude to Hashem[3] for all that He has given us, rather than the fear of the impending doom of punishment meted out by Heaven.

Interestingly, Mishpacha’s editor-in-chief Rabbi Moshe Grylak made the same point in his lead editorial last week (Sept. 4), citing an apparently not-so-observant taxi driver as his source. (I’m convinced that this country would be in much better shape if Knesset were replaced by a random assortment of 120 taxi drivers.) He recounts how Rav Yisrael Salanter – particularly noted for the power of his oratory – would give fiery speeches during Elul about yir’as Hashem and the fear of punishment. His close student, R. Itchele Blazer, however, spoke only about gratitude to Hashem, claiming that the needs of the times had changed. A contemporary, R Yochanan Eber, explains that calling attention to Divine punishment can push people away from Hashem, rather than closer – except in times and places that coupled fear of Divine retribution with a deep sense of longing for the pleasantness of coming close to Him.

There are no coincidences. Clearly, HKBH got a head start on Elul. Divine Providence has apparently conscripted both Mishpacha and Yishai Ribo as capable agents, showing us the way to a more meaningful season of teshuvah. May we merit using it effectively.

The only public appearance that I know about at the moment is in Whippany, New Jersey, the evening of Sept. 25, as a panelist on a perennially popular law symposium put on by Chabad of SE Morris County. CLE credits available.]