Point / Counterpoint: Is the Equality Act Good for the Jews? 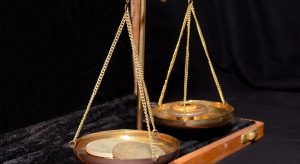 A few weeks ago, the Jewish Press ran an Op-Ed by Monica Burke and myself titled “The Equality Act: A Direct Assault On Jewish Values,” which was reprinted here on Cross-Currents. Rabbi Michael Broyde submitted a piece responding to mine to both outlets, and the Jewish Press offered me the opportunity to counter his response and published them together — as you will find below.

The Equality Act Is Good For The Jews
By Rabbi Michael J. Broyde

The House of Representatives recently passed the Equality Act, which extends the basic provisions of the 1964 Civil Rights Act to sexual orientation.

Rabbi Yaakov Menken and Monica Burke oppose these changes. In a recent article in The Jewish Press, they write:

At its root, the bill declares the Torah to be a bigoted document and all those who follow it to be bigots. Why? Because the Torah says men and women are different, that marriage is between a man and a woman, and that certain relationships are pure while others are not. Attempting to remain true to these beliefs could be construed as discrimination under the Equality Act.

This basic approach is deeply mistaken. Let me explain why by asking you to ponder a question: Should we allow Jews to discriminate in business against fellow Jews who intermarry? Should we be allowed, for example, to refuse to hire an intermarried Jew to paint our home?

The Torah prohibits intermarriage categorically. Intermarriage represents a deep violation of all things Jewish. But I am not opposed to the Federal Civil Rights Act prohibiting discrimination against intermarried Jews. This act is not against Torah Judaism. Indeed, I favor secular law permitting intermarriage and would adamantly oppose a law prohibiting intermarriage. I want civil rights for all, even for those who do not obey halacha.

Secular law is not supposed to mimic halacha. It is supposed to build a just and honest society in which people are not persecuted for choices that do not harm others. Many violations of Jewish sexual ethics are legal in American law – from adultery onward. Adult incest is legal in New Jersey. Does that affect the flourishing of Orthodox Judaism in Lakewood? Halacha doesn’t need, nor should it seek, validation in secular law.

We should remember that thriving Orthodox communities historically are situated in the most liberal places. Tolerance lets us prosper. Tolerance allows people to act as they see fit so long as others are not harmed.

Finally, it is worth noting that the handwriting is on the wall for all to see that the LGBT community is going to win this fight. If we fight against them, we will make frightful enemies – and for naught. People, and political movements, keep track of their friends and enemies. Why would we want to increase the number of our enemies? I think we have enough and I would like even fewer. If we change our tune to a “live and let live” approach, opposition from the LGBT community toward us might go away. We can all live in a “live and let live” world and prosper.

I therefore support the extension of the Civil Rights Act to prohibit discrimination based on sexual orientation with the current exemptions for religious institutions in place. All those who care about Orthodox Judaism in America should do the same.

I see little difference between Rabbi Broyde’s position and my own regarding underlying principles. I believe, however, that he has misapprehended the nature of the Equality Act.

The Equality Act is a toxic mixture of opposition to discrimination and endorsement of discrimination against those who adhere to traditional values. Rabbi Broyde says our “approach is deeply mistaken,” but does not challenge the facts my co-author and I provided in the paragraph he quotes. The Equality Act deems Torah beliefs to be bigotry and acting upon them discriminatory. It’s as simple as that.

Rabbi Broyde uses intermarriage to illustrate his point. Let me as well. Should religious Jews be forced by law to participate in an intermarriage? Should we face exorbitant fines if we decline to provide our venue, catering services, bands, flower services, or kosher certification for a forbidden union? That’s what the Equality Act imposes on those who withhold their services from a same-sex marriage.

And it doesn’t stop there. Consider “gender identity.” Should a woman be denied privacy from the eyes of biological men in a locker room or swimming pool during single-gender hours? Should a public event – the upcoming Daf Yomi siyum, for example – be required to admit biological women who will hold hands and dance with the men?

The Equality Act would also have a destructive impact on charities, women’s sports, medical care, and our children’s education.

Yes, we have often been victims of discrimination in the past, and we benefit from tolerant environments – but that is why we should oppose the Equality Act. The Equality Act is stridently intolerant towards those unwilling to actively endorse same-sex marriage and gender dysphoria. In the wrong hands, the law can be a terrible and discriminatory tool.

Rabbi Broyde writes, “New York has extensive LGBT protection laws and extensive religious protection laws; they live side by side.” The Equality Act, however, slaughters one on the altar of the other.

Congress passed the Religious Freedom Restoration Act (RFRA) in 1993 to protect religious practice from government regulation. It was spearheaded by Democrats. Congressman Chuck Schumer and Senator Ted Kennedy introduced it, and it was signed by Bill Clinton. Only three senators opposed it. The only way a federal or state law can escape RFRA is if “such law explicitly excludes such application.”

The Equality Act does precisely that, stating that RFRA “shall not provide a claim concerning, or a defense to a claim under, a covered title, or provide a basis for challenging the application or enforcement of a covered title.” The purpose of this clause is to deem a religiously-motivated declination to participate in a same-sex marriage as bigoted as a KKK member’s refusal to cater a Latino couple’s nuptuals. This is horrifying – and frankly hateful towards our community and our values.

In his closing paragraphs, Rabbi Broyde asserts that “the LGBT community is going to win this fight,” and that we will make enemies if we resist. He seems unaware of what is happening now. LGBT activists already denounce anyone with traditional beliefs as a bigot, and they deliberately target Christian businesses in states with laws similar to the Equality Act. These are the people whom Rabbi Broyde thinks might become our enemies. They already are!