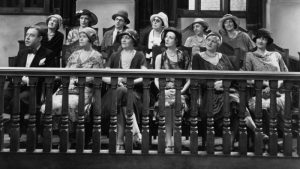 On a summer morning back in 1996, someone entered a furniture store in Winona, Mississippi and shot four people to death. The prime suspect was a man named Curtis Flowers, who had been fired from his job at the store less than two weeks earlier. He also owed $30 to one of the store’s owners, one of those murdered, for a cash advance she had given him on his paycheck.

The gun used in the crime was never found, but several witnesses claimed to have seen Mr. Flowers near the front of the store the morning of the murders.

Mr. Flowers stood trial six times. Four verdicts were overturned, and mistrials were declared in the two other cases. (The Fifth Amendment “double jeopardy” ban on retrial for the same crime only applies after an acquittal.) Flowers, who has been held on death row for nearly 20 years, is an African-American, and prosecutorial bias was repeatedly alleged, as was racial bias in jury selection.

On June 21, the U.S. Supreme Court overturned Flowers’ final murder conviction, with Justice Brett M. Kavanaugh writing for the majority. Flowers will likely remain in state custody until a decision is made to either retry or release him.

No one but Flowers knows if he was guilty of the murders; he claims innocence. What is interesting, though, about the High Court ruling is its pivotal contention that excluding black potential jurors from those chosen in his trials constituted illegal bias.

Some background: Prosecutors and defense lawyers generally conduct short interviews with members of a jury pool. Those with clear connections to the case are routinely dismissed, as are people with connections, say, to police officers when an officer is on trial, or to a medical field when a principal is or was a doctor in that field.

Then, though, there are “peremptory challenges” – the right of a prosecutor or lawyer to reject a jury candidate for no given reason. That right is generally assumed to be based on the rejecter’s inchoate suspicion that a juror would be biased in some way.

Some might (and some surely will) say that a lowly non-lawyer like me has no right or standing to take issue with a High Court decision. So I’ll frame my take on the Batson challenge merely as a simple expression of puzzlement over it.

To be sure, dismissing a potential juror just because he is black or Asian isn’t right. Racial bias simply isn’t justifiable. Unless, that is, it seems to me, the race of the person can reasonably be seen, in and of itself, as signifying a likelihood of bias.

In other words, attorney Joe Whiteguy may harbor the feeling that blacks are inferior humans and don’t deserve to judge anyone. But if he harbors no such feelings, but rather just sees it as likely that the average black American will feel an affinity for a black defendant, or animus toward a white one accused of some crime against a black person, is his use of a peremptory challenge to reject a potential juror because of his race different in any essential way from rejecting a candidate because of a family connection to the case?

I don’t know if all black Americans see themselves as “family,” but I think many clearly do. There is a “black vote,” after all, and there are “black causes”; and a “black perspective” is a staple of many media. There’s nothing in the least wrong, of course, with ethnic or racial camaraderie or pride. But is being concerned that it might bias a juror in a case involving someone of his or her ethnicity or race really unreasonable?

As in so many things, the key to a clear perspective may lie in placing oneself in the shoes of the other.

So I imagine a case where an Orthodox Jew is on trial. I’ve never met him and am not his close relative – we could without any problem be co-eidim on a kesuvah or a kiddushin – and find myself part of the jury pool. A lawyer for the defense or prosecution looks me up and down, dwelling on my yarmulke and tzitizis, and, without any questions, says “thank you, sir, for heeding your summons to appear for jury duty; you are dismissed.”

I might feel a bit insulted. (Actually, when I was peremptorily rejected as a juror once in a case where no Jew, much less an Orthodox one, was on trial, I was indeed perturbed!)

But would I be justified, in a case like the posited one, to feel that an injustice had been done to Jews or Judaism, that my dismissal was the result of base anti-Semitism and thus illegitimate?

With all due respect for the seven Burger Court Justices who comprised the majority in Batson v. Kentucky, I wouldn’t.