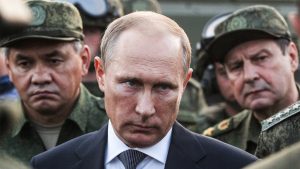 Award-winning investigative reporter Michael Isikoff recently released an in-depth report on the origins of the theory that the July, 2016, murder of Democratic National Committee staffer Seth Rich was a political assassination.

In the wake of the early-morning killing on a Washington, D.C. street, an assortment of pundits and talk-show hosts claimed, with no basis but much confidence, that Mr. Rich had been involved in the leaked Democratic National Committee e-mails that year, and that Hillary Clinton and/or other partisan actors had conspired, in revenge, to order the hit.

Although law enforcement branches investigating the murder maintained from the start that it was simply a robbery gone wrong, the “Clinton did it!” conjecture proved wildly popular in some circles.

But then, last summer, Special Counsel Robert S. Mueller III’s indictment of 12 Russian military intelligence agents for hacking the e-mail accounts of Democratic Party officials, echoing the U.S. intelligence community’s conclusion that the leaked DNC emails were part of Russian interference in the 2016 elections, pretty much put the conspiracy theory to rest.

As it happens, Mr. Isikoff has now confirmed that Russian operatives were not only those behind the hacking of the DNC e-mails but were the source of the “Seth Rich Democratic Hit Job Conspiracy Theory” in the first place.

The fanciful hypothesis originated, it seems, in a fabricated “bulletin” disseminated by Russia’s foreign intelligence service, known as the SVR (Sluzhba vneshney razvedki Rossiyskoy Federatsii, if you really must know). It was posted on an obscure website apparently monitored by partisan players, and was picked up by political commentator Sean Hannity, who ran with the “news.” From there it spread like kudzu.

And, of even more concern, it seeks to foment discord among Americans.

Much of the conversation about Special Counsel Mueller’s report has been about whether Russian interference, in the form of operatives posing online as American citizens, aimed at electing President Trump.

But, whether or not that was a goal of the subterfuge – which Mr. Mueller, who, at this writing, is scheduled to testify before Congress, may address – the report’s more trenchant revelation, at least to me, is that the Russians “had a strategic goal to sow discord in the U.S. political system,” in particular, by “post[ing] derogatory information” about political figures.

The efforts to fuel feuding have continued, too. NBC News reported last month that it obtained communications from last year among associates of Yevgeny Prigozhin, one of the Kremlin-linked oligarchs indicted by Special Counsel Robert Mueller, laying out a new plot to manipulate and radicalize African-Americans and stoke racial tensions, with the goal of “undermin[ing] the country’s territorial integrity and military and economic potential.”

Shortly after that report, coincidentally, I read several separate citations of “facts” about former President Obama. They made one or both of a pair of claims: that “the Obama administration initiated the policy of separating families”; and that the Department of Homeland Security had concluded that Mr. Obama had “incited smugglers” of children from Central America.

The popularity of the claims led me to suspect that the claimants had culled their “facts” from sources similar to, if not identical with, those that spread the Seth Rich conspiracy theory. And had not bothered to confirm them.

There was no Obama administration policy of separating families. There was only an ad hoc – and rarely executed – separation of children from suspected smugglers posing as family members (or from parents who were deemed a danger to their children). The “zero tolerance” policy of routinely separating children from all parents who crossed the border illegally, whatever one might think of it, was ordered by former Attorney General Jeff Sessions at President Trump’s behest.

And the policy that the DHS concluded had “incited smugglers” was not an Obama effort at all, but rather the Flores Agreement, which prescribes procedures for dealing with migrant children taken into custody – and which was created during the Clinton administration and has been in force ever since. Whether the agreement has indeed inadvertently resulted in widespread placing of children into the hands of adult strangers is arguable. But that it has nothing to do with Mr. Obama isn’t.

I don’t know if the origin of the false anti-Obama claims is connected to Russian efforts to stoke racial animus. At least some of the persistence of anti-Obama sentiment, despite his disappearance from the national stage, likely is tainted with base racism

But it really makes no difference. What is important is that political assertions these days, when polarization of the body politic is already at a high and when Russian efforts to stoke ill will continue apace, should be viewed with the utmost suspicion.