The Torah’s Not a Tool 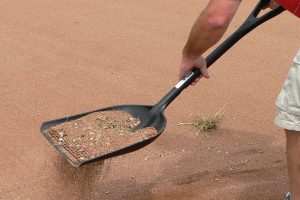 Justice Brett Kavanaugh is well into his service to the country as a member of its highest court, and the controversy that swirled around him as a nominee for the position is, at least for people who don’t live in the past, entirely in the past.

And so, with the contentious Senate Judicial Committee hearings that took place over Sukkos rapidly receding in the rearview mirror, there is little point in revisiting the issues of Mr. Kavanaugh’s qualifications, judicial record or activities in high school and college. Or in imagining that any of us can really know if either he or any of those who accused him of misconduct in his youth had testified entirely truthfully.

What is worth revisiting, though, at least to my mind, is a peripheral issue that emerged during the hearings: the invoking of Torah concepts to support political stances.

One example was a group of politically active Orthodox rabbis who support Republican causes that issued a press release during the hearings “Urg[ing] Immediate Confirmation of Judge Kavanaugh” and supporting that imploration with the argument that “The Bible not only doubly emphasizes that ‘justice, justice shall you pursue’… but it also enjoins us to avoid peddling in unsubstantiated rumors.”

Another, over at a left-leaning secular Jewish newspaper, was a respected Orthodox columnist who cited Pirkei Avos about the “importance of a good name” as an important qualification a leader must have. She quoted the Rambam, too, as asserting that someone considered for a public position must bear “no trace of an unpleasant reputation, even during their early manhood.”

To be sure, both not “peddling in unsubstantiated rumors” and insisting on a leader’s good reputation are entirely valid Torah concepts. But – and aye, there’s the richtigeh rub – knowing how to apply them to a particular situation where they seem to clash is not a job for either activists or columnists.

A Gadol baTorah, of course, can choose to offer guidance about a current event. But if any Gadol rendered any public daas Torah about the advisability of Mr. Kavanaugh’s confirmation, it escaped my attention. And that none likely did is hardly surprising.

To be sure, Torah expertise can be brought to bear on any issue. But we wouldn’t expect a Gadol to offer a daas Torah about the wisdom of a baseball rule or the propriety of a player’s behavior on the field. And we have no reason to expect a daas Torah ruling on most political matters either (many of which, come to think of it, have come to have much in common with sports). Not every issue, we all understand, is worthy of any great man’s time or consideration.

What’s more, just as the yod’ei ha’itim (Esther, 1:13) in Achashverosh’s court – the talmidei chachamim, Chazal tell us – purposely elected to not become involved in a burning contemporary political issue (whether Vashti should remain on her throne or not – one wonders if it was the subject of a The Shushan Times editorial), so is there little incentive, and much hazard, in contemporary Torah leaders venturing for no good reason into contentious current events waters.

Which, as I see it, leaves us lesser rabbis and columnists (and rabbi-columnists), with only the option of offering our personal opinions, based either on the political teams we root for or on arguments born of objective analysis of facts. But not with the option of co-opting the Torah for partisan purposes.

Rabi Tzadok in Avos (4:5) declares the wrongness of using the Torah as “a spade with which to dig.” That is to say, to use Torah study or knowledge as a means of attaining financial gain. But, at least conceptually, what he is implying is that Torah is not to be regarded as a tool to be employed toward other ends. Appropriating Torah concepts, particularly in a selective fashion and especially when it is unclear which concepts best apply, is something we should avoid at all costs.

Needless to say, there are many issues of public concern that, from a Torah perspective, are effectively “open and shut,” and about which we have every right and responsibility to promote the clear and obvious Jewish view. Nor is it necessarily wrong to suggest that a Torah ideal might inform our understanding of a particular topic. But claiming with surety that the Torah requires a particular position regarding a controversy where our mesorah’s guidance is far from clear, we should realize, is a less than proper pursuit.