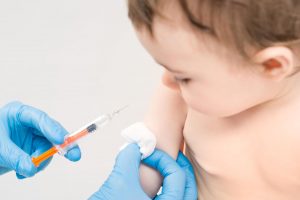 The threats and vulgarities bellowed by several visibly Orthodox Jews at members of the New York State Assembly in Albany after it narrowly passed a measure ending religious exemptions for immunizations were ugly and wrong. No less wrong, though, would be to generalize from the uncouth activists to the entire anti-vaccination camp.

The vaccination issue, of course, is controversial, and particularly fraught in New York, which has been greatly affected in the current national measles epidemic. In the state, the most cases of the disease have occurred in Orthodox Jewish communities in Brooklyn and Rockland County.

Governor Andrew M. Cuomo immediately signed the bill, adding New York to a small handful of states that do not allow exemptions on religious grounds, including California, Arizona, West Virginia, Mississippi and Maine. Medical exceptions will still be granted, but not those based, as many have been, on claims of religious obligation.

While the New York legislators’ intentions were laudable and, during an epidemic, arguably obligatory, the removal of a religious exemption in any governmental mandate is of concern. It is a precedent that one wishes hadn’t been necessary. The legislature, although not motivated by anti-religious sentiments, felt that it was.

The vast majority of Orthodox Jews, as it happens, fully accepts the advice of the overwhelming mainstream of medical experts – as has been Jewish practice from time immemorial – and, accordingly, vaccinates their children. A minority of Jews, however, joining a minority of non-Jewish American “anti-vaxxers,” shuns vaccinations – at least certain vaccinations, like the one for measles. Some imagine harmful effects caused by additives used in the production of some vaccines; others object to the sheer number of vaccinations given babies and young children, or to the schedule of their administering.

A more radical fringe of vaccination opponents believes that vaccinations represent a conspiracy among government players, drug companies and the FDA, or some combination thereof, either intended, for reasons unexplained, to harm the citizenry or out of simple venality.

Vaccine conspiracy theories appeal to, well, the conspiracy-minded. But they crumble in the jaws of the Pulitzer Prize. That is to say, since the highest journalistic achievements are exposés of wrongdoing, and since drug company and medical device issues have often (and even recently) been subjects of such dogged reportage, it is entirely safe to say that were there in fact any sinister plots to push vaccines on a too-trusting populace, enterprising reporters would have long swarmed over the schemes, revealed them – and collected Pulitzers as a result. (Unless, of course… the… reporters are… part of the conspiracy…)

The concerns of less paranoid opponents of vaccination, though, aren’t difficult to understand, even for those of us who disagree with them and embrace vaccinations as a blessing. Many medical orthodoxies, after all, have, over the course of history, turned out to have been wrong, and erstwhile medical truths revealed to be fictions. There’s even a name for such about-faces: “medical reversals.”

And so, while I don’t expect future medical consensus to reject vaccines, it isn’t beyond the pale of possibility that some additive might be revealed to have caused greater harm than assumed and discontinued, or current vaccination schedules might be shown to have been too ambitious.

To be sure, one hopes that all would agree that a school or other building where an immunocompromised child is studying should be off-limits to unvaccinated people.

But even those of us who don’t endorse the anti-vaccination concerns and feel that the anti-vaxx camp is misguided should have the ability to allow others their convictions, be they right or wrong. To throw all vaccine-suspicious folks – moderate sceptics, conspiracy theorists and legislative chamber shouters – into one basket is just the sort of generalizing that we rightly decry in other contexts (like when all of us Jews are “incriminated” because of some who have acted less than properly).

The Gemara (Yevamos 14b) tells us that Beis Shammai and Beis Hillel, despite disagreeing about the halachah regarding an important marriage law, took pains to maintain shidduchim among their respective members. Thus, we are taught, they fulfilled the Navi Zechariah’s admonition to “Love truth and peace” (8:19).

It’s not absurd to invoke that example with regard to the machlokes between pro- and anti-vaccination schools of thought. After all, Beis Hillel and Beis Shammai were dealing with a most important issue, and each camp felt that the other was entirely mistaken. And still, there was peace and comity between them.

And so, while those responsible for public policy may need to take a broader view of all the factors regarding issues like vaccination requirements, especially during an epidemic, the rest of us, no matter how passionate we may be about our personal vaccination beliefs, should not belittle others for their personal convictions and choices, and pause to internalize and proclaim the need to love not just truth but peace.