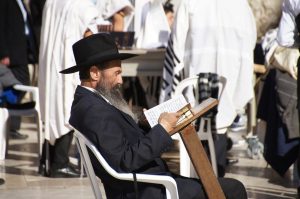 In Saying Kaddish for American, Non-Orthodox Judaism? Rabbi Todd Berman argues that we should not prematurely accept the disappearance of the non-Orthodox Jewish movements in America. For despite staggering rates of intermarriage and lack of Jewish affiliation and identification, an unprecedented decline in temple membership and attendance, and a downward tailspin in Jewish educational and social engagement on the part of American non-Orthodox Jewry, Rabbi Berman asserts:

(N)ew leaders and institutions bring a new energy and vision to American Judaism. Many of my Orthodox friends and colleagues have never heard of Ikar, the Lab Shul, Romemu, the Kitchen, Machon Hadar and a host of other synagogues and educational programs and institutions. This despite the fact that they are attracting thousands of followers — some boast of close to 1,000 people attending a Friday night service or several hundred coming to hear a lecture on Jewish law or theology. Young(ish) rabbis and thinkers such as Shai Held, Yehuda Kurtzer, Ethan Tucker, Sharon Brous, David Ingber, Noah Kushner, and many others both younger and older, are attracting crowds in a manner similar to Chabad. All of this is outside the more well-known institutions and names such as JTS and HUC and their leaders. If you haven’t had the chance to listen to the likes of Held, Brous, or Ingber you are in for a dynamic and challenging thought-fest.

Many of these rabbis are developing a universal Judaism based on social justice which attracts many religious seekers. It suggests an undeniable energy out there…

The Conservative movement was not too long ago viewed as the strongest link in heterodox Judaism, where Jewish traditions were proudly maintained and perpetuated. Robust programs such as Camp Ramah, USY and the Solomon Schechter day school movement were seen as the wave upon which non-Orthodox success rode astride to eternal victory. But alas, a substantial percentage of Ramah campers hail from the left fringes of Orthodoxy, and only 6-7% of Conservative youth actually attend Camp Ramah. USY now allows its leaders to interdate, and the Solomon Schechter day school movement is in a state of precipitous decline.

Dovetailing these phenomena, the list of heterodox superstar leaders and institutions featured in Rabbi Berman’s article is in large measure illusory, as it includes a significant amount of liberal Orthodox content, and does not represent an independently substantial collection of successful heterodox initiatives.

Hence, upon closer examination, the apparent silver lining of heterodox Jewry’s storm clouds is in reality rather black and ominous.

But the issue cuts far deeper, as it is not merely disaffection and assimilation that are to blame for the demise of non-Orthodox Jewry. History has shown time and again that Jewish movements which did not accept the cardinal principle of Torah Mi-Sinai — the Sinaitic transmission of the Torah, both Written and Oral, from God to Moses — and who did not adhere to the Mesorah, the rabbinic tradition of Torah interpretation and conduct, could not last. The divine pledge that the Torah would endure forever among the Jewish people (Deut. 31:21) assures us that there will always be a Jewish Torah-adherent community, and that this community will be miraculously immune to the natural forces of assimilation and disappearance of cultures over the centuries and millennia.

God has guaranteed that at least a meaningful portion of this community of authentic Jewish tradition will always survive and carry on. The Sadducees, Boethusians, Karaites and other Jewish groupings and movements have been relegated to history’s dustbin, for although they were once predominant and overwhelming forces that were seen as threatening the existence of the Torah Mi-Sinai/Mesorah Jewish communities, they were not spared from the natural forces of assimilation and disappearance of cultures.

Sadly, we see before our eyes the exact same script being played out with today’s heterodox movements. Jewish engagement, Hebrew language and culture, and even rituals cannot help a Jewish movement endure long-term, unless there is a core commitment to Torah Mi-Sinai and Mesorah. (And even within and immediately around the leftmost orbits of Modern Orthodoxy, research has demonstrated that those subgroups with noticeable lack of commitment to Torah Mi-Sinai and Mesorah are in fact on a striking trajectory of decline as regards successive generation retention and core observance; please also see here.)

We should all be extremely saddened by the impending mass disappearance of the bulk of American Jewry. It is an unspeakable tragedy. We should do whatever we can to prevent it, especially by reaching out to our non-Orthodox brothers and sisters and making every last effort to engage them and bring them near to the Torah. And at the same time, we must recognize that history continues to show us that God’s promise to perpetuate our people is based on adherence to Torah tradition; this is the sole secret to the miracle of Jewish survival against all natural odds, providing the answer to Mark Twain’s legendary concluding query:

If the statistics are right, the Jews constitute but one percent of the human race. It suggests a nebulous dim puff of star dust lost in the blaze of the Milky Way. Properly the Jew ought hardly to be heard of, but he is heard of, has always been heard of. He is as prominent on the planet as any other people, and his commercial importance is extravagantly out of proportion to the smallness of his bulk.

His contributions to the world’s list of great names in literature, science, art, music, finance, medicine, and abstruse learning are also away out of proportion to the weakness of his numbers. He has made a marvelous fight in the world, in all the ages; and has done it with his hands tied behind him. He could be vain of himself, and be excused for it. The Egyptian, the Babylonian, and the Persian rose, filled the planet with sound and splendor, then faded to dream-stuff and passed away; the Greek and the Roman followed, and made a vast noise, and they are gone; other peoples have sprung up and held their torch high for a time, but it burned out, and they sit in twilight now, or have vanished.

The Jew saw them all, beat them all, and is now what he always was, exhibiting no decadence, no infirmities of age, no weakening of his parts, no slowing of his energies, no dulling of his alert and aggressive mind. All things are mortal but the Jew; all other forces pass, but he remains. What is the secret of his immortality?