Shemos – Against Your Grain 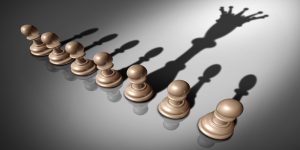 My rebbe, Rav Yaakov Weinberg, zt”l, often spoke of how each of the Jewish forefathers was challenged by Hashem to act in opposition to the very characteristic that defined him.

Avraham, whose middah is chessed, kindness (evident, for example, in his rejoicing at being able to entertain guests even when he was in physical distress, and in his defense of S’dom), has to part ways with his nephew Lot, essentially sending him away (though kindness peeks through even then, when the decision of which direction to take is offered Lot). Then he has to banish Hagar and Yishmael from his home. War being the antithesis of kindness, he needs to fight (although, with chessed again evident, as he was fighting to rescue Lot) in the War of the Kings. Following Hashem’s commandment to circumcise himself and the males in his household, moreover, alienated people he wanted to bring close to Hashem (Bereishis Rabbah 47:10).

Yitzchak’s middah is din, strict judgment. And his judgment of which of his sons deserved the brachos was frustrated by Yaakov. Yitzchak was forced to acknowledge that his judgment had been wrong.

Yaakov, whose middah is emes, truth, had to pretend, guided by Hashem through Rivka, that he was his brother; and then, again directed by Hashem, enters an agreement with his father-in-law Lavan to deprive him of much of his flocks. And Yaakov steals away with his wives without telling Lavan straightforwardly that they are leaving.

In our parshah, we meet Moshe, who dominates the rest of the Torah’s narrative portions (and whom the Torah is “named” after: Toras Moshe). What we know about his character is that he was a “very humble man, more so than any other man on earth (Bamidbar 12:3).”

And, against his will, he is called on by Hashem to lead Klal Yisrael. He has a speech defect and yet must be Hashem’s spokesman. He tries to have his brother Aharon take the reins, but Hashem insists that he lead, and he does.

In life, we are sometimes called to act against our natural grain. And our first reaction is often, “No, that’s just not me.” But we do well to stop and consider that maybe filling a role that doesn’t seem to fit our essential disposition may be precisely what Hashem wants from us, and may hold the potential of great merit.

My most recent column in Ami Magazine, “Lipstadt in the Lurch,” can be read here.

And a piece about Christian antisemitism appeared last week in the Washington Post, but can be read  paywall-free here.