Rabbi Shafran Got it Right – a Response to Rabbi Geretz and Dr. Stadlan 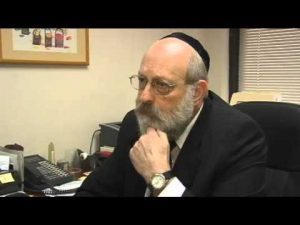 In recent articles, Rabbi Daniel Geretz and Dr. Noam Stadlan take Rabbi Avi Shafran to task for his support of the Orthodox Union’s ruling that women cannot be ordained or serve as clergy. Rather than respect the integrity of this ruling, which represents the opinion of the most senior and authoritative halachic decisors of the generation, Rabbi Geretz and Dr. Stadlan take swipes at Rabbi Shafran’s allegiances and bona fides, in an unfounded and failed effort to undermine his thesis.

Rabbi Geretz and Dr. Stadlan start by attempting to delegitimize Rabbi Shafran’s right to express an opinion on the matter:

R Shafran is trying to show that the Agudah and Modern Orthodoxy are on the same page, but they are not … Rabbi Shafran is the Director of Public Affairs and Spokesman for Agudath Israel of America. Last I checked, Agudath Israel of America is not “Modern Orthodox” and it baffles me as to why someone like Rabbi Shafran would weigh in on what is essentially a Modern Orthodox issue… While he demonstrates a desire to make us think his position is relevant to the OU and Modern Orthodoxy, on closer reading we see that he and the Agudah for which he speaks are entirely irrelevant to the discussion.

According to Rabbi Geretz and Dr. Stadlan, the halachic positions of those involved with Agudath Israel should be disregarded, even if they agree with the positions of the halachic experts commissioned by the OU. If this does not lack logic, I do not know what does…

Rabbi Geretz and Dr. Stadlan then proceed to present themselves as objective Modern Orthodox experts on the matter, whose two cents should make a world of a difference. What Rabbi Geretz and Dr. Stadlan conveniently omit from their narratives is that they are not Modern Orthodox, but are Open Orthodox, and that both of their wives are actually studying to be ordained as rabbis at Yeshivat Maharat, the Open Orthodox rabbinical school for women. Yes, these two men are not writing objectively, but are “nog’im ba-davar”/interested parties to the matter as could ever be – and their allegiances are not to normative Halacha as interpreted by OU and Yeshiva University poskim (legal decisors), or by other poskim of equal stature, but are rather to the Open Orthodox movement, which is at stark odds with the Orthodox mainstream.

Whereas Orthodox mainstream halachic authorities – from Yeshiva University, the Rabbinical Council of America, the Orthodox Union and, yes, Agudath Israel – uniformly object to the ordination of women and to “partnership minyanim” (prayer groups led in part by men and in part by women), as well as to countless other Open Orthodox reforms to tradition, Rabbi Geretz, Dr. Stadlan and their constituencies have parted ways with these and numerous other Orthodox norms.

In an ill-conceived challenge on the issue of rabbinic authority, Dr. Stadlan posits:

Rabbi Shafran writes that we should follow what a rabbi or a group of rabbis tell us to do. Other rabbis, no matter how learned, don’t have a voice. The halachic arguments, no matter how well sourced or logical don’t matter. R Shafran is telling us that the only opinion that matters is that of a certain rabbi or group of rabbis. The rabbis he has in mind are certainly great and learned. But, not to take anything away from the greatness and learning of these or any other rabbis, it is not clear why or how they have achieved this position of authority except that someone or a group of people claim that they have. And, more importantly, every other rabbi or group of rabbis is then excluded from authority, even those who may also have studied and learned equally if not more. This is a very Chareidi idea, that only a certain small group of rabbis represent the authoritative voice of God, and that the rest of us are obligated to follow those chosen for us… Rabbi Shafran, it is always about listening to gedolim and Da’as Torah, not halacha. Hopefully the OU will stand up for halacha and Modern Orthodoxy.

Dr. Stadlan: This is not a “Charedi idea”. The Orthodox Union, and all legitimately Orthodox bodies, from YU, to Agudah, to the RCA, to Young Israel, follow Halacha as interpreted and decided by the greatest Torah authorities of the generation. Each group may follow its own “gadol”, but all agree to the system, ground rules, and total deference to senior rabbinic authority. Open Orthodoxy, in contrast, has rejected the halachic rulings of the generation’s foremost halachic authorities on the matter at hand and other pivotal issues – including the position of Rabbi Aharon Lichtenstein, who advised the RCA to oppose the ordination of women.

Hence, similar to its reforms regarding conversion law, women serving as chazzan, women officiating at weddings, and the morning blessings, Open Orthodoxy has found lesser-known rabbis who permit the ordinatation of women. These Open Orthodox rabbis are comfortable adjudicating issues that typically would be reserved for a few select and senior master halachists in a generation – and even then, these master halachists would be exceedingly wary of making such changes.

Rabbi Shafran did not invoke one of many divergent rabbinic opinions regarding the ordination of women; rather, he invoked the unanimous ruling of the generation’s halachic masters, as represented by the OU’s broad-based rabbinic panel and as concurred to by the generation’s most authoritative rabbinic personalities throughout the Orthodox spectrum. Dr. Stadlan presents the situation as if Rabbi Shafran were selecting one of many alternative and legitimate positions and sought to unfairly foist that one contested position upon the public. On the contrary, in this case, there is no opposing ruling on the matter by anyone in the same league as the halachic doyens whose opinion the OU (and RCA, and Agudah, and Young Israel) follows.

Orthodox Judaism, by any definition, is bound to a halachic tradition, a Mesorah, of heeding the opinions of the generation’s foremost halachic authorities. Open Orthodoxy has parted ways and has adopted positions that are at odds with Orthodoxy, following the trajectory of the Conservative movement of half a century ago, which shakily claimed fidelity to Halacha, yet rejected the concept of Mesorah. (It is quite interesting that the traditionalists at Jewish Theological Seminary during the 1980s, led by Rabbis Saul Lieberman and David Ha-Livni Weiss, adamantly opposed the ordination of women and other innovations by the seminary and by the Conservative movement’s Rabbinical Assembly. Many of the compromised practices rejected by the former group at JTS are actually accepted by Open Orthodoxy!)

Torah/Orthodox Judaism is predicated upon ultimate deference to the masters of Mesorah. Open Orthodoxy does not recognize this axiom, as is manifest by the articles of Rabbi Geretz and Dr. Stadlan, who attempt to drive a fictitious wedge between various parts of Orthodoxy in an effort to stir disunity and sow the seeds of confusion.

Surrender to halachic authority and to the Will of God is the linchpin of Orthodoxy/Torah Judaism. As so beautifully explicated by Rav Soloveitchik in a 1968 address to RIETS Rabbinic Alumni (published here on pp. 113-119) on this week’s Torah portion: