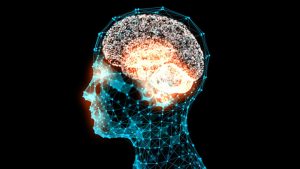 James D. Watson, the 90-year-old Nobel laureate co-discoverer of DNA’s structure, is recovering from a car accident and, at least in person, currently out of the public eye.

But he is very much in the media eye, due to the recent release of a documentary film about him. The scientist, interviewed last year, before the accident, told the documentarian that he has not renounced his controversial decades-old position that different racial populations possess, on average, different degrees of intelligence.

Dr. Watson has for years been excoriated for that stance, specifically its claim that blacks, on average, are not as intelligent as whites. And as late as last spring, when M.I.T. mathematician and geneticist Eric Lander praised Dr. Watson’s involvement in the early days of the Human Genome Project, the M.I.T. professor was swiftly condemned by a slew of scientists for doing so, and apologized, penitently calling Dr. Watson’s views “despicable.’

David Reich, a geneticist at Harvard University, contends that Dr. Watson’s presumption that intelligence differences might “correspond to longstanding popular stereotypes’’ is “essentially guaranteed to be wrong.”

And Dr. Francis Collins, the director of the National Institutes of Health, laments that “It is disappointing that someone who made such groundbreaking contributions to science is perpetuating such scientifically unsupported and hurtful beliefs.’’

There has always been something indecorous in the harsh reactions to Dr. Watson’s opinion, as so many of the objections seem to be about its simple unacceptability. His conclusion, though, is based on I.Q. – or “Intelligence Quotient” – testings of different populations, and, although some white supremacists have used his words for their own nefarious purposes, there is no evidence that the scientist harbors any animus for any group.

That said, though, his conclusion about race and intelligence is unwarranted.

Firstly, I.Q. tests measure only a specific type of abstract reasoning ability. And such aptitude is only part of what make up what most of us call intelligence. Creativity and industriousness, moreover, are not reflected at all in I.Q. scores.

And even if we could fine-tune a holistic definition of intelligence, its possible genetic underpinnings would provide only a partial portrait. Among other relevant variables would be things like family and communal environment, nutrition, stress and societal expectations.

And finally, of course – and Dr. Watson has never claimed otherwise – averages are only averages. They predict nothing at all about individuals. And so, a random member of a group scoring marginally lower on a test might easily be more capable – even in what the test measures – than a random person from a higher-scoring population.

Most important of all, though, intelligence, however defined, is not in the end what determines the true value, or true success, of a human being.

Some studies have shown that Eastern European-rooted Jews have higher I.Q.s than any other ethnic group. And we Jews certainly value intelligence. Those of us who remain faithful to the Jewish mesorah are mispallel daily for dei’ah, binah v’haskel, and consider the intellectually demanding study of Torah a high and holy calling. And even Jews who turn to other disciplines, more often than not, seek to exercise their gray matter rather than their biceps.

But neither logical reasoning nor creativity is what ultimately matters from a true Torah perspective.

Whatever our intellectual prowess, our crucial merit lies in our zechus avos, our forebears’ dedication to Hashem. Chazal did not generally stress inherent abilities – mental or otherwise – but rather the choice to utilize whatever abilities we have. Their honorifics customarily ran not to words like “genius” or brilliant” but to ones like tzaddik, chassid and kadosh, “righteous,” “meticulous” and “holy.”

Modern society’s world-view leaves little room for the idea of service to the Creator as the true measure of man. Goods – whether of the materialistic or cerebral sort – are what the larger world chooses to value and celebrate.

Shouldn’t we, though, who know better what life is really about, take pains to avoid, chas v’shalom, inadvertently adopting society’s illusion?

Let us teach our children, whether they are grappling with educational issues, with shidduchim or with children of their own, that it isn’t the natural iluy who is most worthy of praise, but the masmid; not the one who shows the sharpest wit, but the one who shows the greatest concern for others. Let us guide them to not let Intelligence Quotients go to their heads, when A.Q.s and M.Q.s, Avodas Hashem and Menschlichkeit Quotients, are so very much more important.