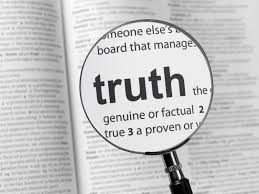 A piskah tovah to all! I, too, will keep this brief. The truth to which I referred was the following:

The truth is exactly as Rabbi Shafran said most recently: “Torah Jews are perceived, and rightly so, as holding conservative positions on a number of moral issues.” And of course I agree that we cannot “embrace any party or personality willy nilly, and that we always remember that it is not a party or movement that commands our fealty, but a Divine mandate.”

We’re finding more and more points of agreement, and I think we can tally one more herein. While I don’t think the rest of Rabbi Shafran’s post needs a point-for-point reply — because we now mostly agree — I will merely respond to Rabbi Shafran’s claim that I am “bending over backward to parse the President’s many contradictory words.” This is incorrect. Our discussion centers around President Trump’s Charlottesville comments because it was the example that Rabbi Shafran chose at the outset.

The beginning of this thread was a piece I wrote for American Greatness that responded to the President’s first remarks, later edited to reference his later ones. I said that the President was right to call out violence on many sides, because this was and remains true. It wasn’t a neo-Nazi who stabbed a Jewish girl holding a sign supporting Ben Shapiro in her neck, but rather a member of Antifa.

In his Hamodia article and succeeding responses, Rabbi Shafran has stated that these are the non-partisan facts: (a) there were no “fine people” protesting the removal of the Lee monument, (b) the “organized” counter-protest was peaceful, and (c) as a result, the President was indeed implying the neo-Nazis were similar to the peaceful counter-protesters.

This is why I have spent so much energy analyzing the news reports and the President’s words, because actual facts are often hidden behind partisan reporting — and this was Rabbi Shafran’s prime example that those who defended the President, such as myself, were engaging in partisan “bandwagon-jumping.” That is why I’ve encouraged looking at the transcripts of the President devoid of commentary.

Upon honest analysis, (a) is debatable, as even the NY Times implied otherwise. (b) does not appear to be correct, as Antifa was there staging an organized, violent attack. And (c) regardless of how one feels about (a) or (b), it is clear the President believed the facts to be as I have said, and thus it is simply unfair (and partisan) to claim the President was somehow equating peaceful demonstrators with neo-Nazis.

I believe the President’s statements need no parsing, just to be read objectively. There is no contradiction (in this case, as compared to many others) between what he said on all these different occasions, merely a desire to stop bigotry and violence regardless of its source. It is the attacks on that position that are, to my mind, partisan, and require bending over backwards to distort the plain meaning of his words.

What really drove his left-wing (and all too many right-wing) critics crazy is that the President equated Antifa to neo-Nazis. How dare the President compare people who are dangerous today to the people who killed Jews 75 years ago! The critics appear to believe that we should invest our energy criticizing the violent goons of the previous era, while pretending today’s don’t exist or are non-violent.

Whether or not Rabbi Shafran agrees with my “parsing” of the President’s words, I hope he agrees with me that the above position is both wrong and dangerous, and we can tally yet another point of final agreement.

Upon further thought, I will pick up one other matter. We are not merely quibbling over the term “occupation.” That is clearly not our focus, as we both agree that word can honestly be used to describe the regions of Yehudah v’Shomron that Israel captured from Jordan in 1967. But the idea that the land rightfully belongs to someone else, that the Israelis are interlopers, hardly “matters not at all.” On the contrary, it is the pretext for violent acts of “resistance,” a word used to justify acts of terrorism against children precisely nowhere unless the children are Jews. Not coincidentally, the idea that Israel is stealing land in Hebron from Arabs, and that Ma’aras HaMachpela is a “Palestinian Heritage Site,” is not merely detached from reality. It is derived directly from the idea that all Jewish property is somehow stolen, the first fundamental belief of anti-Semitism throughout the ages (see the Netziv’s Shear Yisrael).

So, on the contrary, the difference is yuuuge.