Houston Relief: A Sidebar on Community 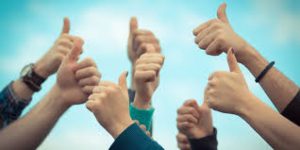 As so often happens, systems under stress yield the most information. Think of supercolliders giving us the best guesses as to the composition of “ordinary” matter. Or the really strange cases in the gemara being the ones that test the real definition of terms, and give us the best insights about the guts of a concept. Watching our community responding beautifully to the crisis in Houston may tell us something about ourselves.

Here is one small (or not so small!) take-away. Small communities can be far more effective than larger ones in getting things done.

Volunteers are streaming in from all over the country. All kinds of frum Jews. There is a reason, however, why the Dallas community took charge and took responsibility for the food preparation. It is not just its proximity to Houston, although that clearly was a motivating factor. Other communities could not do the job, I believe. This is so because often they are not really communities, but lots and lots of people living in close proximity.

Large population centers do not lend themselves to developing a sense of community, because there are too many choices. People wander between shuls, and between rabbonim. (There are exceptions where a particular strong rov can maintain cohesiveness among his followers.) Where people more or less wind up in one strong shul, with perhaps only one day school, they have a shot at developing a different dynamic. They value the weekly kiddush where they come not for the single-malt, but where they can mingle and socialize – something without which people really do not bond. They see each other at more shiurim and more activities. They know and can interact with the machers, which puts even the non-machers closer to the seat of power. A greater number of individuals get involved, because where the is less to go around, people discover the talents and abilities of their neighbors, and those gifts are then exploited for the good of the many. A good rov can determine policy without having to look over his shoulder to find out if the zealots are going to pillory him, or the wise-guys are going to claim that he is an am-haaretz or worse. When something needs to get done, the people who can get it done know who they are because there are no alternatives. And they rise to the occasion.

I believe that this – even more than proximity – is why the Dallas operation is working as beautifully as it is. Look at the pictures and you will pick up some of the subtlety.

One of the most frustrating parts of writing (and sitting on the editorial board of Klal Perspectives) is dealing with all the good, sincere people who come to you and think that you really have answers to the pressing issues of the day. Those of us who write know better than that. We try to stimulate thought and discussion – through which answers can sometimes develop – but our crystal balls have been permanently mothballed.

Yet, some people won’t take “no” for an answer. Just a few weeks ago, I participated in the fourth annual Tikvah Program for Yeshiva Men. As always, spending a week with bright, curious products of the yeshiva world is the high point of the year for me. But it does produce tough questions, and they came in spades. To someone who just demanded an approach to addressing all the tough questions that plague us – tuition costs, galloping materialism, unavailability of harried parents to their children – I insisted that I had no answer, but did have one suggestion: raise your children in a smaller, more cohesive community. That may mean Dallas or Detroit or Cleveland, or even Memphis or Norfolk. They are all liveable. It will be a different life.

Fed up with all the seemingly insoluble problems of contemporary Torah life? Find a city that has a Little League for frum kids, and where people eat at other people’s homes on Shabbos almost as often as they are at home.

There you may have a better shot at a kinder, gentler Torah lifestyle – at least till you can complete your plans for moving to Israel, where we all belong.