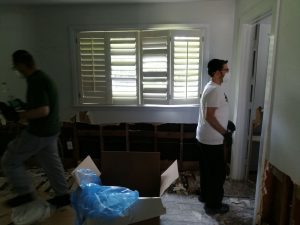 Lots of hungry people in Houston are now being fed. As reported here earlier, the Dallas community assumed responsibility for providing fresh meals, coordinating with HKA – Houston Kashruth Association. Three caterers in Dallas swung into action, two fixed location, and one mobile. The latter is now in place in Houston. It is not going to move for a while.

Three thousand meals were originally prepared and sent on an 18-wheeler. They were intended for an assumed 300 families, and were supposed to be used for weekday use. It was quickly learned that 300 was wishful thinking. More affected families came out of nowhere. The Dallas crew was immediately urged to use some of the meals for Shabbos. Then the Houston partner realized that they had nothing for Thursday night. So by now, all the shipped Dallas meals are gone, having been allocated for Thurs. evening through Shabbos, and local Houston caterers are working feverishly to help with the weekday demand, even as Dallas continues to produce through the mobile kitchen it sent, as well as shipping by truck from a Dallas kitchen.

The fresh meal supply is only one part of the relief operation. The waters have receded even in areas that were covered by 15-18 feet of water. Most of the streets are dry, but in front of homes are small mountains of debris: carpets, mattresses, furniture. And sheetrock. That’s the most important. Homeowners have a narrow window of time in which to use crowbars to rip out their sheetrock walls. If they miss it, they will lose their homes to mold. So a small army of volunteers from all over the country, including three vanloads from Dallas, has descended upon Houston, to help provide the muscle. Hebrew Theological College (aka Skokie has sent both high school and beis medrash students to help. [Shout-out to my grandson Eli Adlerstein!]) This means that besides the affected families, the Dallas effort has assumed responsibility for feeding lots of justifiably hungry volunteer workers. (Rabbi Sholey Klein, the head of Dallas Kosher – who provided most of the information for this report – simply accepts each new challenge with equanimity. The Ribbono Shel Olam wants us to do it, so we’re doing it.)

There are amazing stories here of the greatness of ordinary people. Of volunteers who have come in at their own expense to help out, like the Hatzolah group from Miami that couldn’t even get situated before the National Guard commandeered them to man boats and go house to house to rescue people. Like the Houstonian who took in ten families (that is families, not people), but wouldn’t take food for himself (although he had run out of all of his own; since his house was spared, he didn’t think he was entitled), until forced by Rabbi Klein.

You can’t find a rental car for under $150 a day, but maybe this is why HKBH invented Uber, whose drivers are up and about. Trucks are a different matter. You can’t find a rental at any price. Two Dallas pastors, impressed by the food operation, tried to rent one, and got nowhere. So they bought a 24 foot refrigerated truck, and provided it to Dallas Kosher to shuttle food. Meanwhile, they are the ones driving it! (When the Dallas team first arrived, roads were still impassable. So they set up shop at the Beren Campus. By now, they are distributing to four satellite locations in other neighborhoods, which of course is another logistical challenge.)

The daily expenses are now at $10,000. Sponsors of an entire day are urgently sought. (If you are a potential major donor, contact me offline. You will find me.) They will be there a minimum of two weeks – but they may have to stay much longer. The costs per day will rise with time, not fall. That is because right now, kosher food providers from around the country are making large, generous contribution of raw product which can’t be expected to be repeated. The costs of the food will rise. Volunteers will not be able to put their lives on hold for weeks on end either. Donations of any amount, of course, are welcome. To help with this food effort, please go to the Congregation Ohr HaTorah website, and contribute online. Be sure to go to the Comments box, and fill in Houston Relief.) 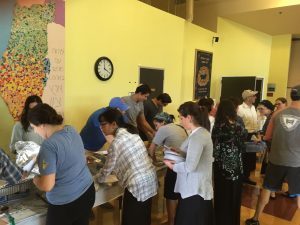 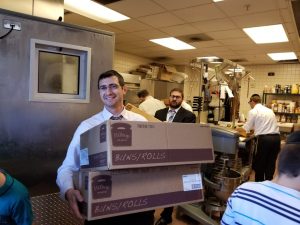 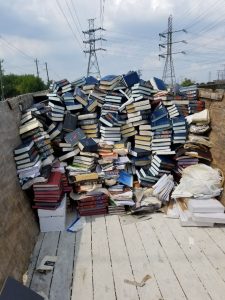