The Kosel Compromise and the Conversion Bill – Some Final Thoughts 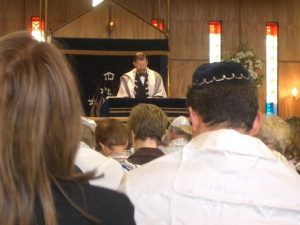 Although my thoughts on the apparent collapse of the Western Wall Compromise Plan are all pretty much contained here (along with a link to Rabbi Wein’s important article about the Conversion Bill – please read it if you have not yet done so), and I was certainly not planning to pen anything further on the issue for a long time, if ever again, I feel that it is necessary to bring to the attention of readership a brand new public statement by Torat Chayim, the Open Orthodox/progressive Orthodox organization that has come out against the Israeli government’s cancellation of the Western Wall Compromise Plan and against the advancement of the Conversion Bill:

As progressive, pluralistic orthodox rabbis associated with the rabbinic group Torat Chayim, we stand fully as allies with our sisters and brothers throughout the entire Jewish community in support of pluralism in America and Israel. We were disheartened to read that the Israeli government has rescinded its commitment to create a space for alternative and liberal groups to pray at the Western Wall and is moving to delegitimate all conversions but those done by the Chief Rabbinate of Israel.

Imposing one narrow version of Orthodox Judaism as the official standard for prayer and for conversion in Israel harms the unity of the Jewish people and it harms support for Israel in America. We encourage all Modern Orthodox Jews to publicly support freedom for multiple religious approaches to Jewish life. The Torah demands that we embrace humility in our dealings with fellow human beings. Pirkei Avot teaches: Do not demand to be the sole judge (of what is right or wrong in religious matters) for only God — and not humans representing God — has the capability of being the sole judge. This means that we should bring humility – not arrogance; and wonder – not certainty — to our relationships. The Sages teach that we are stronger when we disagree openly and respectfully while continuing to engage with one another and honor each other’s human dignity. We honor the different paths of our fellow Jews, even if we have our disagreements for the sake of heaven, and we yearn deeply to see a truly pluralistic Israel.

Were Torat Chayim (and the other far-left organizations that identify as Orthodox) to lament the fact that there is much divisiveness and misunderstanding of Orthodox Judaism in Israeli society, and to therefore appeal that Halacha be presented to our non-Orthodox brethren with special sensitivity, that would fine and good. I could also appreciate appeals against that which non-Orthodox Israelis perceive as religious coercion, such as mandatory closure of roads on Shabbos in secular neighborhoods. People do not embrace Torah when they don’t understand it and it is forced upon them.

But Torat Chayim and others are taking this in a totally different direction. They actually maintain that it is a positive thing for prayer services which violate Halacha to be conducted at the Western Wall, if that is what heterodox Jews prefer, and they actually maintain that it is fine and good for conversions lacking a unified standard of rigorous halachic scrutiny to occur, despite the fact that such conversions obviously may jeopardize the integrity of yuchsin (Jewish lineage). The above Open Orthodox/progressive Orthodox clergy has signed on to pluralism as a religious value in and of itself, and has placed non-Orthodox practices on a par with Halacha, grossly distorting a teaching from Pirkei Avos, such that both Halacha and practices which violate Halacha are both to be granted equal respect, and affirming that those who assert the objective and exclusive correctness of Halacha over deviation therefrom manifest arrogance(!). Yes, according to the above Torat Chayim statement, differences between Orthodox and non-Orthodox Jews pertaining to halachic observance and commitment are comparable with sacred Talmudic disputes between great sages, as Torat Chayim declares, “We honor the different paths of our fellow Jews, even if we have our disagreements for the sake of heaven, and we yearn deeply to see a truly pluralistic Israel.”

This cuts to the very heart of Open Orthodox/progressive Orthodox thought, for if one seriously believes that Halacha is the forever obligatory word of God and is objective truth, one cannot at the same time endorse or defend that which blatantly contravenes Halacha. We recently discussed some Torat Chayim rabbinic members’ views on intermarriage, and we have previously discussed Open Orthodox/progressive Orthodox views on gay marriage, Biblical authorship, and a host of other foundational and dispositive topics that speak to the Divine truth and binding nature of the Torah.

I would like to think that one can be open and Orthodox by spreading Torah in a loving and welcoming manner, while being passionate and uncompromising regarding the Torah’s authenticity and authority – for if the Torah’s authenticity and authority are compromised, the Orthodoxy that one is disseminating ceases to exist. Sadly, time and time again has it been demonstrated that the Open Orthodox/progressive Orthodox movement has embraced the latter rather than the former model.

I have no plans to take up these topics again for a very long time, if ever again (although I may respond to critiques or to exceptional new challenges); in truth, others who are naturally positioned to address these matters – especially rabbinical organizations and leading mainstream Orthodox rabbis – should be fighting these battles.

I close with the words of Rav Soloveitchik zt”l from a 1957 RCA convention derasha on Parshas Chukas (published here on pp. 154-160). Although the derasha was delivered sixty years ago, its words ring true today more than ever.

What is the Rambam interested in? In our psychological, axiological approach towards chukim. Against ascribing lesser significance to chukim, or secularizing them. In other words, one must not interpret chukim in practical terms and inject contemporary meaning into them…

Any attempt to inject contemporary meaning, which should be in agreement with the morality and the value system of the pagan New York Times, is sinful, and a crime on the part of the rabbi. And that’s what the Rambam means when he says “machashavto bo k’machashavto b’shar divrei ha-chol”. What is the machsheves ha-chol? What is the overriding issue in chol? What is the criterion in chol by which we are guided? Ability. Success. Contemporary success, sensibility. It is the practical interest of man which guides him in his actions. That’s exactly what should not be applied to the interpretation of chukim…

Hand in hand with the feeling of complete surrender and reverence goes a sense of pride and firmness… Questions of the Tzeduki (Sadducee) despair us no more. Objections of the realists bother not our minds any more. We articulate our “insane” commitment to God – “insane” in quotation marks – and feel not embarrassed at all.

There are two different things: bushah and k’limah. K’limah means to be ashamed; it means when there is moral turpitude. Bushah means embarrassment. Bushah does not have to include a feeling of moral turpitude. Bushah is shyness, embarrassment, reticence. Lo yavosh means I don’t feel embarrassed, not that I’m not ashamed. Why should a Jew who wears tzitzis and is proper about shatnez and observes the dietary laws, why should he feel ashamed? He is certainly head and shoulders above the non-observant Jew. Lo yavosh means I’m not shy if anyone asks me a question about the chukim I observe, I’m not reticent. I articulate my attitude of surrender to God, complete submission and total surrender…

To be a Marrano (one who observes Halacha but does not present an attitude of unabashed commitment to it) doesn’t work. It’s practically wrong, it’s certainly ideologically wrong, but basically it’s important to display Yahadus… to fight for Yahadus… displaying unwavering loyalty to Yahadus…