The Kotel: A Public Space, Not a Public Square 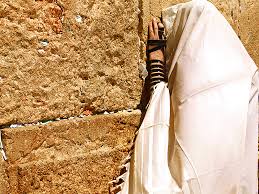 The Israeli Cabinet’s recent decision to not upend the public prayer status quo at the Kotel Maaravi, or Western Wall, was met with howls of outrage from a broad cross-section of non-Orthodox leaders and representatives.

The decision, however, viewed objectively and reasonably (rare perspectives these days, unfortunately, about most everything), was prudent and proper.

When it was liberated by Israel in 1967, the Kotel became a place of peace and Jewish devotion. Anyone who wished to worship there, traditional and nontraditional, Jew and non-Jew alike, did so. Since the great majority of those who flocked to the site over the years were, as remains the case, Orthodox Jews, a mechitza, or separation-structure, between men and women was erected; and the standards for public, vocal prayer were in accordance with Jewish religious tradition over millennia.  (The Holy Temple that stood on the Temple Mount in ancient times – the source of the Kotel’s holiness – had a mechitza as well, as the Talmud recounts. And women did not serve there as cantors, as halacha considers it a breach of modesty for men to hear women singing.)

Those standards were, even if they may not have been the personal ones of all visitors to the Kotel, respected by them for decades, and the Kotel plaza remained a place of amity – a Jewish societal oasis of sorts, probably the only place on earth where Jews of different religious beliefs prayed side-by-side.

That peace was shattered, and the holy place turned into a place of strife, by a self-described feminist group, led by firebrand Reform activist Anat Hoffman.  She has made no secret of her desire to force a change to the status quo, and to import the American model of a “multi-winged Judaism” to Israel.

As a step toward that end, she organized monthly protests in the guise of prayer services.  The response from some haredi hooligans was predictable – anger and attempts to quash the services, where women were chanting – and the feminist group seized upon that ugly reaction by having it captured by the camera crews it made sure to have in tow.  The vast majority of Orthodox Jews at the site did not act on the anguish they felt.  But feel it they did.

Anyone, of course, including Ms. Hoffman and her supporters, is entitled to his or her own views.  But there are limits, at least among civil people, to what one may do to promote one’s views.  And seeking to be “in the face” of people interested only in the introspection that is Jewish prayer crosses that line.

Ms. Hoffman and her supporters have made clear, moreover, that the current Kotel controversy is only a part of a larger plan to bring American-style “religious pluralism” to Israel.  That goal might sound wonderful to many American Jews, but what it would in fact do is, by creating multiple standards for marriage, divorce and conversion, create a multiplicity of “Jewish peoples” in the Jewish state.  That would not be wonderful at all.

Regarding the Kotel, as it happens, in 2004, the Israeli government set aside an area along the Wall to the south for “nontraditional” prayer.  But the activists, with their “pluralism” goal firmly in mind, insist on having their vocal “egalitarian” services more prominently alongside the regular, overwhelmingly Orthodox, visitors to the Kotel, who, they know, are deeply pained by attempts to utilize the Kotel to effect social or religious change.

Rather than balkanize the Kotel so that feminist groups today – and, in the future, to be sure, other groups with their own social agendas – can promote their causes, and “pluralism” proponents can advance theirs, the Kotel should be preserved as a place of Jewish unity, as it has been for half a century.  And that means maintaining the Jewish religious standards at the root of all Jews’ histories for public prayer there.

Some can howl with outrage at that suggestion.  But, if they are caring Jews, they can choose instead to regard it as reasonable, and thereby help restore peace among all Jews at the Kotel Maaravi.