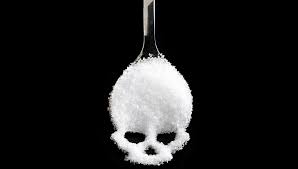 Have you been following the U.S. Department of Agriculture’s advice to drink three cups of milk a day, to get enough calcium and vitamin D? No? Good for you.

Multiple studies show that there is no association between drinking so much milk (or taking calcium and vitamin D supplements) and fewer bone fractures.

Do you take a multivitamin every day? No? Good for you. Decades of research have yielded no justification for healthy people taking vitamins.

Have you at least been cutting down on coffee and keeping it from your kids, so as not to stunt their growth? No, again? Well, good for you again.

Drinking a few cups a day, it turns out, has been linked to substantial health benefits; and most research finds no correlation between children’s caffeine consumption and their bone growth.

Every generation assumes that its conclusions about scientific matters are the last word, despite the fact that they often aren’t.

Other times, though, misinformation is purposely fed to the public for particular parties’ financial gain. In the case of coffee, for instance, it was villainized largely by cereal manufacturer C.W. Post, in an effort to market his “Postum” product as an alternative to what he called “nerve poison” that should never be served to children.

Enter the revelation last week about sugar. Scientists at the University of California, San Francisco, announced that they have uncovered documents demonstrating that, back in the 1960s, members of the sugar industry called off a study, named Project 259, because it linked sugar to heart disease and bladder cancer in preliminary experiments.

Last year, the same researchers discovered a document that showed the sugar industry funded a report that downplayed links between sugar and coronary heart disease.

UCSF dentist Cristin Kearns started digging into the sugar industry 10 years ago, after hearing representatives at a conference say there is “no scientific consensus” that sugar is linked to chronic illnesses. She combed through library archives across the nation and eventually came upon a box containing “confidential” documents on “Project 259.”

In 1968, the Sugar Research Foundation launched a rodent study, which measured the nutritional products of gut bacteria after rats consumed sucrose, as compared to starch.

The experiment’s early results showed that sucrose increased the poor animals’ levels of triglycerides, fatty molecules that, in humans, can clog arteries and predispose a person to heart attacks and strokes.

Another preliminary experiment in the project also found a high-sugar diet boosts the activity of an enzyme linked to bladder cancer.

After reporting this discovery in August, 1970 to the International Sugar Research Foundation, Project 259 scientists requested more time and funding to continue the research, the documents show. But the request was denied, and the project abandoned.

Dr. Kearns and UCSF cardiologist Stanton Glantz claim that the sugar industry tried to bury the evidence and stopped the project because of the negative findings.

A sugar industry spokesperson dismissed that claim as “a collection of speculations and assumptions about events that happened nearly five decades ago.” It also called the researchers “known critics of the sugar industry.” Glucophobics, as it were.

In 2004, a trial revealed that tobacco industry officials had intentionally deceived Americans for years into thinking that smoking did not cause cancer, despite having clear evidence to the contrary.

No trial is in the works at present for Big Sugar, but the parallel is there. Sugar might not smell bad or turn teeth yellow. But too much of it can, over time, be deadly.

The recent report isn’t the first to reveal the sugar industry’s machinations, either.

According to an analysis of historical documents published in the journal JAMA Internal Medicine, when studies first began linking sugar with heart disease, a sugar industry group paid Harvard researchers to write an article about the issue.

Published in 1967, it played down the effects of sugar and concluded that the only dietary intervention needed to prevent heart disease was reducing cholesterol and saturated fat. Which led to the decades-long, aggressive marketing of an assortment of “low fat” products – that, incidentally, contained more sugar than their regular counterparts.

The American Heart Association recommends that men consume less than 150 calories of added sugar per day; and women, less than 100.

There are 16 calories in a teaspoon of sugar. A 12-ounce can of regular soda contains about 9 teaspoons of sugar.

Do the math. And, remembering the Torah’s exhortation to guard our health, do the right thing for your health.