Why My Husband Won’t Be Seeing Wonder Woman 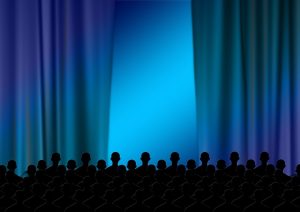 Last Shabbos, Wonder Woman came up quite a lot. Friday night dinner with guests, Shabbos lunch at guests, and at kiddush after davening. Men were the ones who brought it up. My 14 year old son said some classmates are seeing it with their fathers. Our Friday night male guest said it’s not so bad unless you have a problem seeing lots of arm, and it’s better than the last version of Wonder Woman who was wearing even less. My husband’s friend said he really, really wants to see it but is proud of himself for deciding against it.

While I haven’t seen the movie, I have seen the Facebook posts of friends who say, with lots of exclamation points, that it is breathtaking and truly a marvel. Articles I have read applaud Wonder Woman for its revolutionary film-making in that it is extraordinary in its treatment of women. That it depicts not only a woman heroine, but a vision of womankind not limited by society’s expectations and limitations.

Awesome. But my husband won’t be seeing it.

My husband won’t be seeing Wonder Woman because he fights hard every waking day to uphold and protect the Jewish value of modesty. Because he does not want to put himself in a situation where this value would be questioned, weakened and compromised for the sake of entertainment. Because he feels that it is his obligation to be true to the precept of shmiras einayim, guarding his eyes. Not that he is perfect, not that he doesn’t stumble, but he is not prepared to willingly submit himself in a movie theatre to a 25 foot screen with a Jewish woman, nonetheless, exposing body parts that according to Jewish law constitute erva (nakedness).

He is not weak. He is actually quite strong.

It’s not that he’s “holding” on such a level or is “so frum”. It is what he feels his observance dictates. A sacrifice he would have to make if he was a huge Marvel fan. One of the many sacrifices he has to make as an observant man in the name of commitment and adherence to Jewish law – both in its practice and in its spirit.

I find it ironic that on one hand, I am steeped in discussions about the strict definitions of modesty adhered to by the publishers of Orthodox publications. Not since the Jewish Observer has woman’s face, or even a girl above a certain age, appeared in the pages of chareidi magazines. In fact, the face of a 14 year old cancer survivor was pixelated in one of the weekly magazines just a few weeks ago. Some defend the policy in the name of tsnius. Others say this policy is business driven, as magazines will lose readership and advertising from the Chassidish population if pictures of women are featured. Yet the erasure of women has all but become the norm in many areas of non-Chassidish life, with Bais Yaakov dinner invitations honoring Mr. and Mrs. but only showing Mr.

On the other hand, I am listening to frum men who daven with a minyan three times a day discussing Wonder Woman around Shabbos tables. Heck, more than her face is showing. A lot more, and in a lot of interesting ways since she is Wonder Woman. What’s the shaila?

Everyone has boundaries as to what he or she deems is acceptable, and what he or she is prepared to do and not do. For some, Wonder Woman is a lot better than other stuff out there, and choosing her over the alternative is a true victory. I don’t presume to know what each person’s struggles are and from where each person is coming.

However, just because a movie is #1 on the silver screen does not mean that one must see it, even if it does contain meaningful messages. Our Jewish beliefs, values, and halachic imperatives must not be sacrificed on the altar of Hollywood. From my perspective, this does not mean that a frum man can never see a movie since a female actress will be showing her upper arms. This does mean that being an observant man necessitates making considered choices about how far one will go in terms of the images one is willing to expose himself to. And the same goes for an observant woman.

As an Orthodox married woman, I hold the values of shmiras einayim dear because they symbolize a pact and bond I have between my husband that he has eyes only for me, and I have eyes only for him. However, as an Orthodox married woman, I also know that I am married to a male of flesh and blood, and that he may fight his yetzer hara (evil inclination) more than I will ever know. No one can be sure of anyone’s battles, even their spouses.

My husband and I have an understanding that modesty goes beyond covered hair and skirt length for me and enters the realm of what is required of him as well. We see modesty as about protecting what is holy within a person, and what is sacred between a husband and wife. It’s not that I see Gal Gadot as a threat, as an impetus for me to start training for a super hero body. To me, it’s as simple as an understanding that halacha has this amazing, timeless comprehension of human nature, despite the changing whims that determine appropriateness in any given society. And this is a halacha both my husband and I can wrap our heads around. Because my husband will battle like a super hero to keep modesty sacred between us – and for the sake of us.

After this past Shabbos, I decided that if anyone in this family would consider seeing Wonder Woman, it was going to be me – alone. All the talk of it being both feminist yet feminine is totally up my alley. Then I read that in an act of rebellion against gender mores, mainly the blockbuster imperative to show the lead female in a scene with even less clothing than usual, director Patty Jenkins created a scene with the male lead in even less clothing than usual. For the females, to make a point to the men that they got a scene for themselves this time.

No thank you, Ms. Jenkins. I will join my husband and make a point to each other that what we have between us matters more.

Alexandra Fleksher holds a M.S. in Jewish Education from Azrieli Graduate School of Jewish Education and a B.A. in English Communications from Stern College for Women. Her essays on contemporary Jewish issues have been published in various blogs and publications including Klal Perspectives, Torah Musings, Cross-Currents, Hevria and The Five Towns Jewish Times.