Rabbi Shmuly Yanklowitz: Why Do You Seek Extra Punishment for Sholom Rubashkin? 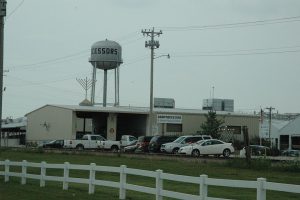 We have all read about Rabbi Shmuly Yanklowitz, who calls himself the “Social Justice Rav”. Yanklowitz, who was recently referred to by the president of Yeshivat Chovevei Torah, where Yanklowitz was ordained, as “an inspiration” (see “We are trying to create more Rav Shmuly Yanklowitzes “– here), is known to many as the rabbi who endorses gay marriage, reveres Spinoza and prays that the Temple not be rebuilt, among other unOrthodox declarations.

Yanklowitz began his very public rabbinical activity as a founder of Uri L’Tzedek, which refers to itself as an Orthodox social justice organization. One of Uri L’Tzedek’s initial endeavors was the launching of the Tav HaYosher “ethical kosher” certification program. Tav HaYosher does not focus on the kosher status of establishments’ food; instead, it focuses on treatment of workers and the like. While this is a noble goal, it is hard to understand how Tav HaYosher’s staff, which has no trained or licensed auditors or inspectors, takes upon itself the role of arbiters for compliance with immensely technical and intricate statutes, which are normatively in the jurisdiction of the government, and which require expertise that the Tav Hayosher staff lacks.

Uri L’Tzedek’s most well-known activity was its month-long international boycott of Agriprocessors, run by Sholom Rubashkin, in the summer of 2008. This boycott followed a federal raid on Agriprocessors’ Postville facility relating to allegations of various practices regarding illegal workers at the facility, including conspiracy to harbor illegal immigrants, identity theft and document fraud. Immediately following the raid, Rubashkin was accused of bank fraud and related monetary offenses.

Although the charges against Rubashkin for immigration offenses were dismissed, and Rubashkin was acquitted of child labor law violations in Iowa state court – all in 2009 – Uri L’Tzedek was on the warpath, prejudging Rubashkin as guilty on immigration, child labor and other offenses well before the courts even heard the cases. Rubashkin was initially charged in October and November of 2008, but the Uri L’Tzedek boycott occurred in the summer of 2008, several months before the charges.

Rubashkin was convicted of bank fraud and related monetary crimes, for which he was sentenced to 27 years imprisonment, but he was not convicted for the charges which formed the basis for the Uri L’Tzedek boycott.

Nonetheless, an overwhelming bipartisan call from innumerable members of Congress, attorneys general and law professors affirmed that the 27-year prison sentence was woefully excessive, for others who have committed similar offenses were sentenced to a small fraction of Rubashkin’s sentence, and killers, rapists and other violent criminals were quite often dealt sentences far lighter than that of Rubashkin.

Upon review of Rubashkin’s case, President Trump commuted Rubashkin’s sentence, citing the voices of the countless lawmakers and others whose expert opinions supported the commutation. The White House specified that the President’s action was not a pardon, and restitution requirements and supervised release are in place.

Rubashkin was sentenced to jail in June of 2010 and was released in December of 2017; despite the commutation, he had served far more time in prison than others who have been convicted for the same offenses.

It was thus shocking to read Shmuly Yanklowitz’ Dec. 22 Newsweek article entitled “A Step Backwards for the Ethical Prouction of Kosher Meat“, lamenting the commutation of Rubashkin’s sentence and in effect seeking for Rubashkin to remain imprisoned. Yanklowitz writes:

In May of 2008, Agriprocessors, the largest kosher slaughterhouse in America, was raided by I.C.E., in what was the largest immigration raid in U.S. history at that time.

It put a stain on the moral reputation of the kosher industry in America due to frequent citations for illegal practices including violating wage laws and child labor laws, the abuse of animals, food safety violations, and environmental laws.

On Wednesday, when word came that Mr. Sholom Rubashkin’s sentence was commuted, I was in shock…

Today, the family, friends, and supporters of Mr. Rubashkin will be celebrating, since their ordeal has been a deeply intense, personal matter.

The rest of us, however, should separate the personal dynamic here—the celebration of a man reunited with his family—from the larger ethical issues at play.

We should mourn that our kosher systems continue to be broken, that they are consumed with ritual detail but largely neglectful and unconcerned with the ethical dynamics…

The sposkesman for Ultra-Orthodox rabbis in America said on a panel we both spoke on at Yeshiva University a decade ago that “no one cares if the poet stinks” (i.e. people want kosher meat that tastes good and is cheap, but don’t care about the ethical route it took to the plate).

I spent the last decade trying to prove him wrong. On Wednesday, he was proven correct.

​Aside from the immense misdeed of attacking Rubashkin and the kosher meat industry in a non-Jewish publication – something that an “Open Orthodox” colleague of Yanklowitz similarly did the week prior by accusing the Orthodox community of engaging in widespread harassment against women – please see here (and also here, here and here, for a few of the countless examples of Open Orthodox clergy taking to the non-Jewish press to attack Jewish interests), and aside from the fact that Yanklowitz dishonestly portrayed Rubashkin as guilty of practices for which he was acquitted/not convicted, and aside from Yanklowitz having grossly misrepresented the words of Rabbi Avi Shafran (“the spokesman for Ultra-Orthodox rabbis”, as Yanklowitz describes him), and aside from Yanklowitz broadly and unfairly smearing the kosher food industry and kosher consumers, I am incredibly dismayed by Yanklowitz’ lack of sympathy for a person who was sent to prison for a term of multiple times what it should have been.

One would expect that a social justice advocate who has lobbied for prison reform would be happy for a man who was released from a sentence of excessively unfair incareration.

But this is no surprise. For in 2013, again detailing the crimes of a Jewish man (whom he compared to a leper) in the pages of a very popular non-Jewish publication, Yanklowitz argued against all efforts to seek Jonathan Pollard’s release:

The Israeli government and the international Jewish community should not be spending its precious time, energy and resources rallying for Pollard’s release.

Yanklowitz’ sense of social justice apparently applies when the people asking for help are not Jewish. When it comes to Jews, it is fine to advertise their crimes in non-Jewish media and argue against helping them, in the world of Yanklowitz.

I am in no way exonerating wrongdoing, but for a “social justice rav” to lobby in global non-Jewish publications against the interests of imprisoned Jews smacks of something very wrong.

There are countless brazen, violent criminals who are set free on parole, and there are non-kosher slaughterhouses which are infamous for practices of animal cruelty. Why does Yanklowitz ignore these and turn his attention to Jewish cases, which he highlights in non-Jewish media, seeking harsh and negative consequences for these Jewish cases?

May Hashem save us from such internal foes.