The Hypocrisy Needs to Stop 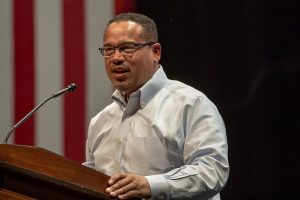 As Jews, we are charged to appreciate and respect the government, and to pray for its welfare. Chazal tell us that Yosef Ha-Tzaddik and Moshe Rabbeinu accorded respect to Pharaoh, as such is proper conduct, despite Pharaoh’s nefarious deeds and wicked convictions. Chazal enacted firm halachic legislation centering around issues of Eivah, for it is crucial to be on good terms with people and powers around and above us.

I thus cannot but cringe when reading the attacks by liberal Jewish (and non-Jewish) organizations against Donald Trump, in which the Presedent-elect is accused of harboring and/or promoting racism, misogyny and anti-Semitism, and it is demanded that he take steps to renounce these noxious ideologies.

Last week, I penned this article in response to a professor who likened the incoming Trump administration to the monarchy of Achashverosh in the Purim narrative. We now read of a protest letter to the President-elect by a group of left-fringe Jewish organizations, as well as a protest statement to the President-elect from the organs of Conservative Judaism, and a planned letter of protest to the Rabbinical Council of America (RCA – the world’s largest Orthodox rabbinical organization) in reaction to the RCA’s letter in the New York Times, in which the RCA congratulated Donald Trump and thanked him and President Obama for their past and future support of the State of Israel in the United Nations, especially in light of the shameful UNESCO resolution about Jerusalem. This planned letter of protest reads in part:

(W)e find it imperative that our rabbis, in their role as moral leaders in our community,  condemn the racist and misogynist statements of Mr. Trump that we heard throughout his campaign. We are troubled by the fact that our rabbis chose America’s relationship towards Israel as the sole issue to bring up in their congratulatory letter to Mr. Trump. Focusing exclusively on the President-elect’s relationship with Israel in these crucial days after the election, as Mr. Trump assembles his cabinet and policy team, exhibits at best a moral blindness to and at worst a tacit acceptance of Mr. Trump’s many bigoted pronouncements targeting immigrants, minority groups, and the disabled, and which gave rise to anti-Semitic attacks on those Jews who had the temerity to question or criticize his rhetoric.

It was recently announced that Minnesota Representative Keith Ellison is the top contender to be the next chairman of the Democratic National Committee (DNC). For those who are unfamiliar with Ellison, it is important to note that he was an early supporter of Nation of Islam, he has been accused of taking positions that are contrary to the security of the State of Israel, and he has been criticized for defending anti-Semitism. (Please see here and here.)

I cannot help but ask:

It is a sad fact that no segment of the politcal spectrum is totally free of bigotry; bigotry must be condemned in the harshest of terms, granted zero tolerance and ejected from the discourse. But when people and organizations selectively target conservatives for bigotry, making allegations based so often on associations and presumptions – all the while wilfully ignoring clear, glaring and objectively documented expressions of bigotry on the part of liberals, the word Hypocrisy cannot but come to mind, and one cannot but conclude that this selective condemnation is political in nature and is intentionally serving an agenda.

The seal of the Holy One, blessed is He, is truth (Yoma 69b). Being honest and consistent is the Divine mandate of the Jew, as is being careful with one’s words so as to not selectively hurl accusations, and as is being respectful of the government and getting along with those around us. Let us be careful and prudent, and above all, honest and fair.