A Glimmer of Light in a Dark Campaign 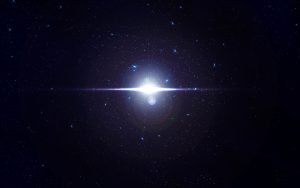 Well, we’ve all had sufficient time by now to recover from the year-and-a-half-long national convulsion that passed for a presidential campaign. Might there be something positive to point to in an experience most of us would prefer to somehow un-experience?

Well, there’s no way to make any sort of purse, much less a silk one, out of this particular sow’s ear. But still, in the campaign’s waning days, there was a flicker of civility to behold.

It came at a time of particular tension for the Clinton campaign – after FBI chief James Comey’s first statement revealing the discovery of a new trove of possibly problematic e-mails, and before his second one revealing that the trove was untainted.

It took place at a Clinton rally at Fayetteville State University in North Carolina. As President Obama addressed the large crowd, a protester wearing a military uniform stood up at the front of the gathering, holding aloft a pro-Trump placard. Predictably, a wall of loud, sustained boos resulted.

In professorial tones, Mr. Obama told the crowd to calm down. When it didn’t, he raised his voice. “Everybody! Hey! I told you to be focused and you’re not focused right now. Sit down and be quiet for a second!” The boos faded to a muted murmur.

“You’ve got an older gentleman,” the president lectured his listeners, referring to the protester, “who is supporting his candidate. He’s not doing nothing… This is what I mean about folks not being focused. First of all, we live in a country that respects free speech. Second of all, it looks like maybe he might have served in our military and we ought to respect that. Third of all, he was elderly and we got to respect our elders.”

The incident was reminiscent of one in 2008, at a Republican town hall meeting in Minnesota, where Senator John McCain, Mr. Obama’s opponent at the time, also had to deal with supportive but misguided booing – and did so decisively.

A supporter had said he was “scared” of the prospect of an Obama presidency, and the crowd loudly vocalized its approval. But Mr. McCain refused to bask in the anger.

“I have to tell you,” he said. “Senator Obama is a decent person and a person you don’t have to be scared of as president of the United States.”

“Come on, John!” someone shouted out. Others loudly labeled Mr. Obama “liar,” and “terrorist.”

Then a woman who had been handed a microphone said “I can’t trust Obama. I have read about him and he’s not, he’s not, uh – he’s an Arab.” Mr. McCain retrieved the mike and replied: “No, ma’am. He’s a decent family man [and] citizen that I just happen to have disagreements with on fundamental issues, and that’s what this campaign’s all about.”

Such moments of comity are all too rare in the tumult of of campaign-tornados, like the recent one, that swirl angrily with snide innuendo, malign spin and outright lies – all eagerly drunk in and spat out by partisan pundits. But those moments are the ones consonant with the concept of menschlichkeit.

Pleasing, too, if not unexpected, was hearing Mrs. Clinton, the day after the election, tell her supporters that “Donald Trump is going to be our president. We owe him an open mind and the chance to lead.”

As it was hearing Mr. Obama, that same day, declaring that “we are now all rooting for [Mr. Trump’s] success in uniting and leading the country.”

The president’s decency was all the greater for his citing that of his predecessor. “Eight years ago,” Mr. Obama recalled, “President Bush and I had some pretty significant differences. But President Bush’s team could not have been more professional or more gracious in making sure we had a smooth transition so that we could hit the ground running.”

It’s no secret that I have come to judge the current president much more favorably than many in the Orthodox Jewish world. But I came to that conclusion only after Mr. Obama, to my lights, demonstrated his commitment to the safety and security of Israel and Jews. Until then, like others, I feared what the punditocracy was preaching about the purported Muslim, chassid of unhinged hater Reverend Wright, husband of a black power radical and all-around evildoer who had somehow infiltrated the White House.

Like many, even among some of Mr. Trump’s supporters, I have concerns about the president-elect. Heeding Hillary’s admonition, though, I am keeping an open mind, and will let future facts lead me where they will. I am hoping that the new president, like his predecessor, will come to pleasantly surprise me.