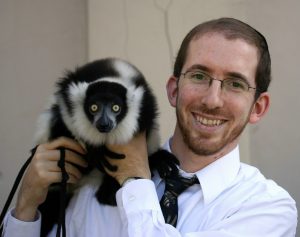 In this week’s installment of News and Essays In and Out of Orthodoxy, I cited a few current news articles about the growth of Lakewood and issues related to it, and I made an observation:

NJ township urges Justice Dept. to investigate haredi Orthodox ‘blockbusting’ – Use of a gross translation error (“shtikel” in Yiddish does not mean “second class”!) as evidence of a blockbusting effort is silly and counterproductive – but taking a step back, this episode and the one in nearby Toms River further demonstrate why a small New Jersey township that was selected over half a century ago to house a great yeshiva in isolation from the larger Jewish community is not equipped to become the primary population base of Traditional (yeshivish/chareidi) Orthodoxy in America. When one tries to squeeze tens of thousands of additional people (growing exponentially by the day) into a small town, which literally cannot contain them, and this population starts bursting en masse into other nearby townships – where Orthodox Jews are probably less than welcome – it is a recipe for trouble and major conflict. Please also see this important article. (Somewhat related to this, I wrote elsewhere recently: “A book must be written about the unprecedented phenomenon of American Orthodoxy substantially retreating from urban centers and relocating in large measure to suburban and rural areas. The relative abandonment of principal institutional infrastructures (such as many of the major New York City yeshivos, in favor of the dozens of small new yeshivos in Monsey, Lakewood and elsewhere), the resultant decentralization of leadership and the potential forfeiture of public influence that this current trend portends absolutely must be documented and considered. It is a seismic shift of historical import.” No, I am not advocating that all Jews live in large cities, but the accelerating, extensive Orthodox population shifts out of major cities, often to communities quite far away from these cities, may have significant unintended consequences.)

The intent of my observation was taken to a whole new level by Rabbi Natan Slifkin, who wrote an article about it:

Rabbi Avrohom Gordimer is a man on a mission: the delegitimization of anyone that he deems insufficiently Orthodox (on the left of the spectrum – he doesn’t seem to care about much more significant deviations from Torah on the right of the spectrum). Superficially, he appears to devote himself solely to the excesses of Open Orthodoxy. However, when one reads his writings more carefully, it is clear that his worldview is essentially charedi, and he is actually working to delegitimize anyone outside of the charedi community, in effect if not in intent.

I am not sure why Rabbi Slifkin asserts, among other very erroneous things, that I am “actually working to delegitimize anyone outside of the charedi community“. When is the last time that I criticized Religious Zionism? Or Young Israel? Or Yeshiva University? or Bnei Akiva? Umm… never. And when is the last time that I quoted with praise the writings and actions of those affiliated with Religious Zionism and Modern Orthodoxy? I do so on a regular basis, typically every week on Cross-Currents. I do not understand why Rabbi Slifkin painted me as he did.

This is fundamentally mistaken. Let’s ignore the fact that it is more accurate to describe Orthodoxy in general as traditionalist rather than traditional (as I discussed in my essay “The Novelty of Orthodoxy,” the attempt to remain loyal to tradition in the face of the massive changes of the eighteenth century forced the creation of a new type of Judaism). Yeshivish/charedi Orthodoxy is certainly not “traditional” vis-a-vis non-yeshivish/chareidi Orthodoxy… (For extensive discussion, see my monograph “The Making Of Haredim.”)

I’m sorry to disappoint, for despite the lomdus (abstract conceptualization) which Rabbi Slifkin develops from a few of my words and his elaborate refutation thereof, I employed the term “Traditional Orthodoxy” here merely in order to distinguish it from Modern Orthodoxy – simple as that. My use of the word “Traditional” was not loaded with deep historical and sociological teachings. (Since we are on the subject, I ask if Rabbi Slifkin also objects to the term “Modern Orthodoxy”, as if dissected, this term conveys that Modern Orthodoxy is based on modernity rather than on tradition. But alas, the term “Modern Orthodoxy” is of course merely used by most as a popular expression of convention, to distinguish it from – you guessed it – Traditional Orthodoxy, or whatever you want to call it!) These terms are not profound history lessons, but are mere pragmatic identifiers (for all but a small handful of theologians), from which no “diyukim” (sophisticated inferences) were intended by anyone.

The most interesting thing about this is that it is not what I wrote! I wrote, replying to a reader’s comment about Lakewood:

R.B.: I am in no way against Lakewood. My concern is the wisdom of overpopulating it and overwhelming its infrastructure, as it was not set up to serve such a massive influx. I am also concerned about moving the epicenter of Orthodoxy into rural towns.

For Rabbi Slifkin to charge that the above response constitutes an act of severe distortion is baffling, especially in the context of my post (the flow of American yeshivish/chareidi Orthodoxy out of large cities) and the specific comment to which I was responding.

It’s not clear what Rabbi Slifkin’s agenda is here.

I am used to being criticized on the internet (such as here, with colorful and entertaining attacks every week); it is part of the job, it does not faze me, and I normally do not respond. But from someone such as Rabbi Slifkin, who presents himself as a rationalist and a man of science and erudition, the quality of the analysis, the logic and even the reading skills invested into his newest article sorely disappoint and fail to deliver on the charges.