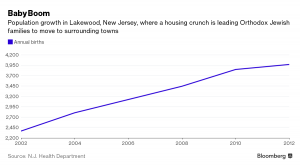 In a recent piece on Matzav.com, Rabbi Yitschak Rudomin discusses “Sending Girls to Seminaries and the Shidduch Crisis” and asks: “who are the American boys supposed to marry at 21 if all the good American 18, 19 and 20-year-old girls are away at seminary in Israel?” He writes that he will be glad to be “shlugged up,” and I will endeavor to do so. Besides belittling the Israel seminary experience for girls, in my opinion the writer appears not to understand why the Gedolim now encourage boys to begin dating at a younger age, and as a result is essentially advising girls to make the problem worse rather than better.

The writer dismisses the Israel seminary experience as a “dizzying” environment with “dreams of travel, touring, having fun, inspired lectures about all sorts of subjects, etc.” One could, of course, say similar things about yeshivos in Israel, but we obviously do not.

Rather, we point out that yishuv Eretz Yisrael, living in the Land of Israel (even for a limited time), is a great Mitzvah, that every 4 amos walked in Israel is a Mitzvah, and that avir E”Y machkim — that the very air of the land makes one wise. And, of course, spending time in Israel before marriage is conducive to the decision to return after marriage, which, as American Gedolim will be the first to say, often leads a young Kollel yungerman to greater growth in Torah.

Which of the above is not applicable to women? On the contrary, the growth in both Torah knowledge and Yiras Shamayim of most girls after a year in seminary is apparent to all. It generally has a great impact on the type of house she wishes to build and the life she wishes to lead.

Even without all of the above, seminary in Israel is also likely to be the first time in an observant young woman’s life that she finds herself dealing with daily situations and minor crises when she cannot call her parents for help, not unless she wants to wake them at four in the morning US time — or take an intercontinental round-trip flight for a hug and her mother’s chicken soup. Can the author honestly ask how spending a full nine months living thousands of miles from mommy helps to prepare a young woman for the “hard job of marriage, running a household, often with a full-time job to cope with, as well as motherhood and child-rearing?”

And, as I said, ultimately the author’s advice could hardly be more counterproductive. He claims that girls are in seminary “to age 20 or 21” (which incorrectly presumes that they are not usually dating by the age of 19) and suggests that younger boys need to marry yet younger girls.

That is the precise opposite of what the Gedolim are doing to solve the crisis, which is caused by our community growing at an incredible rate ka”h while boys marry significantly later than girls. As the enclosed chart demonstrates, in Lakewood alone the number of annual births grew from 2800 in 2004 to 3450 in 2008, and then to 3960 in 2012. This means an increase of roughly 5% per year. Thus if 19-year-old girls continue to typically marry 23-year-old boys, then simply b’derech hateva — according to the rules of nature — hundreds of girls will be unable to find spouses each and every year, just in Lakewood alone. This same growth, this same disparity between the number of 19-year-olds vs. 23-year-olds, is found in every Torah community.

The reason that Chasidim do not have this problem, and why Litvishe girls in E”Y (Israel) do not have this problem (at least, to not nearly the same extent), is because boys marry girls their own age. It has nothing whatsoever to do with “travels to far-off yeshivos or seminaries,” but only how long boys vs. girls wait to start dating. And given the choice between telling girls to wait until 23 and telling boys to start earlier, the Gedolim endorsed the latter option. One way or the other, telling girls to maintain the age gap by marrying even earlier is nothing but a recipe for disaster.

For all of these reasons, I sincerely hope readers will follow the approach advised by our Gedolim. Girls should continue to go to seminary, and on the contrary should delay entering Shidduchim if they want a 23-year-old boy. It is the boys who should date earlier and welcome shidduchim with girls their age and older. That, along with a lot of Tefillos, are the ways to solve this crisis.