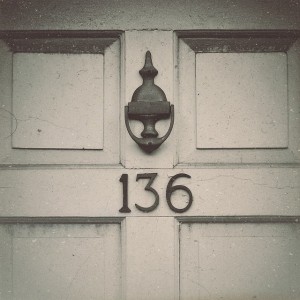 Back in 1941 (no, I don’t remember it personally, but it’s documented), there was an American Jewish establishment group called the “Joint Boycott Council.” It objected vehemently to Agudath Israel of America’s policy of sending packages of food and religious items to beleaguered and endangered Jews behind enemy lines in Eastern Europe. The JBC considered that effort an affront to its own judgment that the risk that the Nazis, ym”s, might intercept the goods outweighed what Gedolim of the time considered to be the Jewish obligation.

The group picketed Agudath Israel’s offices that year and its chairman described the Agudah as “a sickly weed transplanted from foreign soil to the liberal American environment,” lamenting how it, and presumably the Orthodox Jewish community it served, will only “continue to poison the atmosphere.”

The Council is now long forgotten, but my, how the “sickly weed” has grown. The Torah-true community in America proved itself not only hardy but a towering tree that bore, and continues to bear, most wondrous fruit.

Those of us born well after 1941 often take the thriving of Torah life and study for granted. We hear about the challenges our parents and grandparents faced in the previous century, celebrate their accomplishments and feel secure in the world they forged for us. That’s not a problem, of course… at least not until it is.

Case in point: Several suburban frum communities are expanding greatly these days, attracting Torah Jews from near and far. The law of supply and demand won’t be violated, and what ensues are increased property values and willingness, on the part of some long-time homeowners, to “trade up” to larger homes in other areas.

That’s fine and good; and so is the effort by real estate agents to make the case to residents of such communities that they can benefit financially from the new desirability of their dwellings by putting their houses on the market.

Such solicitations have caused some towns, including Toms River, New Jersey, to update their “no-knock” rules and related laws, adding real estate inquiries to measures that already limit other types of solicitations.

An Associated Press story about that particular New Jersey town was recently widely published by media here and overseas. It may be a local story, but when an item involves Jews, money and irate neighbors, it somehow tends to… hold… special interest.

The news article quoted one Toms River resident who claimed to have been badgered by an aggressive real estate agent to sell his home. In local media, several others complained about feeling pressured by Orthodox Jews’ overtures. The fact that a “no-knock” ordinance was unanimously endorsed by the local Township Council itself indicates that others had, or feared, similar experiences – and should be a wake-up call to us all.

There is no doubt that the great majority of frum real estate professionals in Lakewood and elsewhere hew to high standards and promote their services in proper manners, using advertisements and mailings. But the small number (it may in fact be only one, but that’s one too many) who feel that it’s “just business” to be aggressive and intimidating toward potential clients are causing ill will against the entire community. What’s more, they are ketanei emunah.

Because if they believed, as Jews should, that their parnassah comes from Above, and that our efforts to make our livings are entirely in the realm of hishtadlus, “simple, normal effort,” they would never imagine that acting more aggressively than others in their field could yield them some advantage or anything more than what was decreed for them in Shamayim on Rosh Hashanah.

And they should know, too, that the truest measure of Jewish success is acting “with pleasantness toward others,” in ways that make others say “Fortunate is his father who taught him Torah” (Yoma 86a).