Korach – The Nature of Nature 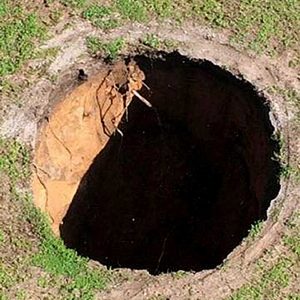 “[In the] morning,” Moshe tells Korach and his entourage, Hashem will make His will known. And Rashi (Bamidbar, 16:5), quoting the Midrash (Tanchuma 5, Bamidbar Rabbah 18:7), has Moshe telling  those adversaries that “Hashem assigned limits to His world. If you are able to change morning to evening, so would you be able to change this [decree of Aharon and his sons as kohanim].”

The Midrash strengthens its point by noting that the same root of bdl (“separated”) is used both regarding day and night at creation and regarding the Jewish people and Aharon as the kohein and progenitor of kohanim.

So the point Moshe made was that, just as nature cannot be changed, neither can Hashem’s choice of Aharon as kohein.

But, asked Yossie, isn’t that blatantly discordant with the final judgment of Korach, which was, of all things, a change of nature – the opening of the earth to swallow him and his people?

What occurred is that, as various Jewish thinkers (Rav Dessler prime among them) have explained, there is no such thing as “nature.” All there is is Hashem’s will. His will regarding some things is ongoing; we call the results nature. But, in the end, there is only His will.

In fact, the Midrash’s wording (“Hashem assigned limits…”) is pointed. It’s not that “nature” cannot change. It’s that Hashem’s will cannot be changed by humans.

And so, the earth’s opening to swallow Korach and company was indeed no less “natural” than the sun rising in the morning and setting in the evening. It was simply Hashem’s will. And humans cannot change that will.

Which might be why the Midrash (cited by Rashi, 16:30) notes that the “mouth of the earth” that opened that day was created “during the six days of creation,” along with the rest of all that we like to call “nature.”

My most recent Ami column, “Malevolent Mappers,” can be read here.