Bechukosai – To Know What We Don’t 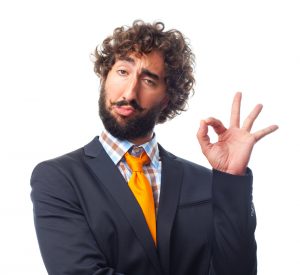 It would be silly to claim a “favorite” Rashi, but one comment made in rare places, including in this week’s parshah, by the author of perfectly succinct yet brilliant glosses to not only Tanach but the entire Talmud Bavli deserves special mention – and consideration.

Noting the ungrammatical use of the word “erkecha,” where “erech” would seem to be the logical form, Rashi (Vayikra 27:3) informs the reader that he “doesn’t know” the reason for the structure of the word.

“I don’t know” is a phrase as well-deserved as it is rare these days, when self-assuredness seems all too often to stand in for self-respect, when opinions are routinely proffered as unassailable fact, when people are permitted – even expected – to state without doubt what they cannot possibly know to be true (and, in some cases, like in contemporary politics, what clearly isn’t).

There is, of course, nothing wrong with opinions (for some of us, our stock in trade), but Rashi’s modest example is one we would be wise to more often emulate.   As the Gemara puts it: “Teach your tongue to say ‘I do not know’” (Berachos, 4a).

To be sure, there are verities. That we humans possess a spark of the Divinity that created us, for instance.  That we have free will.  That life is precious.  That our actions have consequences.

For Jews, there are – or should be – other certainties, among them that we have been divinely chosen to set an example for the wider world, that our carefully-preserved history includes at its apogee Hashem’s bequeathal of His Torah to us (which we will soon be celebrating again), that our mission and our peoplehood are sacred.

But there are many smaller things, no end of them in fact, that we do not know, at least not with the certainty of those essential convictions.  And so, as we consider political or social or personal issues, even if we think we have a pretty good idea of just what’s what, it’s always a good idea to pause to remember what Rashi knew, and admitted he didn’t.