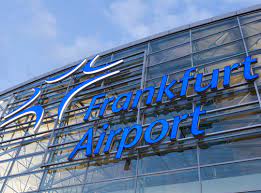 Lufthansa, Germany’s largest airline, ended up with sauerkraut on its corporate face recently, after more than 120 visibly Jewish men and women in Frankfurt’s airport on May 4 were banned from boarding their connecting flights.

Most of the Jewish passengers were heading to Hungary, to visit the burial place of a revered rabbi, Reb Shayeleh Kerestirer, on the anniversary of his death. They had to scramble to get on flights with other airlines.

In a statement shortly after the incident, the airline claimed that the travelers had been blocked from the flights because, on their earlier flight from New York, they had refused requests to honor the airline’s medical mask requirement.

Numerous passengers, however, told news outlets that they and the vast majority of Jewish travelers had heeded the mask mandate and had been unfairly grouped together and punished because of a small number of rule-violators.

Holding anyone who happened to look Jewish accountable for the infraction of a few was, obviously, well… Problematik.

Exacerbating things was one of several videos disseminated by Dan’s Deals, an air travel website, that went viral schnell. In it, after an irate passenger heatedly protested the collective punishment, a Lufthansa supervisor blurted out that it had been “Jewish people who were the mess, who made the problems.”

Lufthansa found itself in quite a Kuddlemuddle.

Many were upset by the accounts and videos. Agudath Israel executive vice president Rabbi Chaim Dovid Zwiebel wrote a letter to Lufthansa CEO Carsten Spohr the following Monday asking that he research the “disturbing accounts” about the flight, which indicated that “People were being punished simply because they shared ethnicity and religion with the alleged rule violators.”

The next day, Lufthansa said that it “regrets the circumstances surrounding the decision to exclude the affected passengers from the flight.” “We apologize to all the passengers unable to travel on this flight,” the airline added, “not only for the inconvenience, but also for the offense caused and personal impact.”

“What transpired,” it continued, “is not consistent with Lufthansa’s policies or values. We have zero tolerance for racism, antisemitism and discrimination of any type.

“We will be engaging with the affected passengers to better understand their concerns and openly discuss how we may improve our customer service.”

While an apology was certainly warranted, many were less-than-impressed with this one. Yad Vashem director Dani Dayan, the ADL and the Agudah were among the disappointed.

They, variously, made the points that regretting the “circumstances surrounding the decision” was not the same as regretting the decision; that no reference was made to the remark about how “Jewish people… were the mess”; that passengers’ “concerns” were blatantly obvious, namely, that they were targeted for mistreatment only because they are Jews; and that focus should be trained not on “how [Lufthansa] may improve its customer service” but rather on the egregious nature of what transpired and on steps Lufthansa will take to make sure that such incidents never occur again.

In the wake of those complaints, on the 11th, Lufthansa CEO Carsten Spohr personally apologized for the incident in a video call to the rabbi of Berlin, Rabbi Yehudah Teichtal.

“Antisemitism has no place in Lufthansa,” Mr. Spohr told the rabbi. “What happened should not have happened. Our company represents a connection between people, cultures, and nations. Openness and tolerance are the cornerstones and there is no room for antisemitism.”

Rabbi Teichtal subsequently told Dan’s Deals that the CEO’s apology sounded genuine and that he was told that the employees involved in the incident have been suspended, pending an investigation.

There is much to unpack from the incident. Firstly, despite the airline workers’ indefensible actions, if in fact there were any passengers who were asked to mask and refused, they were not only wrong but the ultimate cause of what all the other affected passengers had to endure.

Secondly, is angrily badgering a person, like what evoked the “Jewish people who were the mess” comment, the Jewish way to deal with even an unconscionable decision? Would the Chofetz Chaim have indignantly berated an airline employee? Yes, the indignation brought forth an ugly response. But scratch many a person enough (let aside a German) and you’ll strike antisemitic sentiments. But is such scratching a mitzvah? Or proper?

Thirdly, and more happily, I was struck by a snippet of one video taken at the time. It was of a group of heavily-armed German police standing at the ready. From somewhere in the crowd of irate passengers flew a crude accusation: “Nazis!”

The policeman in charge positively simmered and then stepped forward. “Who was it?” he asked. And then, when there was no response, he raised his voice: “WHO WAS IT? WHO SAID THAT?”

No one came forward to claim the slur.

But the officer clearly considered it deeply insulting.