Metzora – Not Just the Kitchen Sink 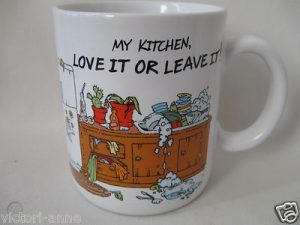 I once witnessed an amusing exchange between a mother and her four- or five-year-old daughter. The former, trying to do some cooking with the child underfoot, told the little person, “You need to leave my kitchen now.” Which elicited the indignant, forceful response: “It’s my kitchen too!”

But, of course, it wasn’t either of the disputants’ kitchen, at least not ultimately.

Addressing the man whose house has exhibited a nega, the Torah refers to him (Vayikra 14:35) as asher lo habayis, which, rendered literally, means “[the one] that there is to him the house.”

“Is to him.” Chazal attribute nega’im to various sins, the appearance of the nega being a signal for the need to do better.  And the nega’im that appear on the walls of a house signal tzarus ayin, literally “narrow-eyedness,” or, better, stinginess. (See Arachin 16a and Maharsha there.)

Thus, the man is commanded to remove all the furniture and utensils from the house before it is pronounced tamei – letting all see things he has that he may have been asked to lend but claimed he didn’t have.

And that, explains the Kli Yakar, is reiterated by the words that translate as “that is to him.” The phrase reflects the mindset of a tzar ayin, a miser, that what he has is really his. Which is not true, since all we have is only temporarily in our control, on loan, so to speak, from Hashem.

Everything we think we have isn’t really ours at all.

My most recent Ami column, “Empathy and History,” can be read here.